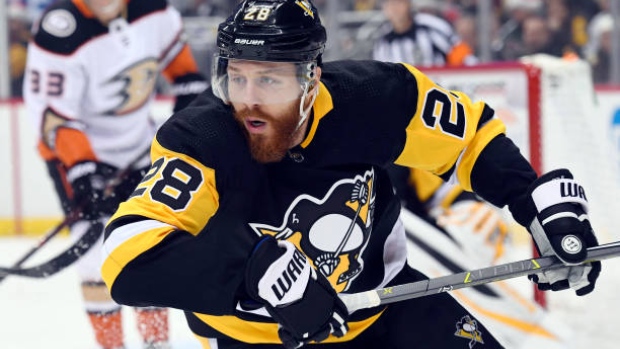 COLUMBUS, Ohio — The Columbus Blue Jacket acquired defenceman Ian Cole from the Ottawa Senators on Monday for centre Nick Moutrey and a 2020 third round draft pick.

This is the second time in three days Cole has been moved. Ottawa acquired the 29-year-old Friday night from the Penguins in a deal that brought Derick Brassard to Pittsburgh.

But it was believed the Senators were not going to keep Cole, who now joins Pittsburgh's regional and divisional rival.

At the start of the day, Columbus was the second Eastern Conference wild card, even though the Blue Jackets have dropped 10 of 15.

Cole has 18 goals and 72 assists in 385 regular season games with Pittsburgh and St. Louis. In 52 games this season with the Penguins, Cole has three goals and 10 assists.

Moutrey has 17 goals and 17 assists in 136 games with Cleveland, Columbus' AHL affiliate.