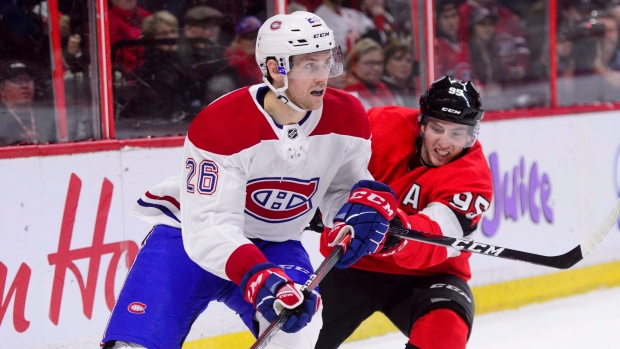 Ottawa forwards Bobby Ryan and Matt Duchene were both hurt during the Senators' game against Montreal on Thursday night.

Ryan collided with the Canadiens' Brett Kulak in the first period and left the game with an upper-body injury.

Duchene suffered a lower-body injury in the second period and also did not return to action.

After the game Senators head coach Guy Boucher had no specific updates but said the club would know more in the coming days. When asked if the injuries could be long-term, Boucher responded, "could be".

Montreal beat Ottawa 5-2 on Thursday night to complete a home-and-home sweep over the Senators.