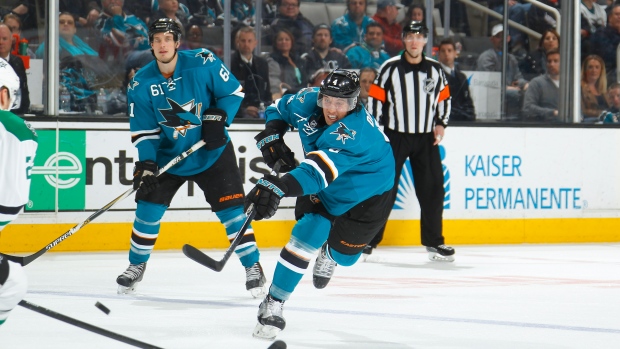 The Sharks acquired Dillon during last season from Dallas in exchange for Jason Demers and a draft pick. The 24-year-old Dillon had two goals and seven assists in 60 games for San Jose and is being counted on as a key part of the Sharks' defence in the future.

Dillon has 11 goals and 24 assists in 209 career games with Dallas and San Jose.

The Sharks have now reached deals with their two key restricted free agents before the market opens Wednesday. San Jose had previously signed forward Melker Karlsson to a two-year deal.

The Sharks are still looking to add a top four defenceman and a goalie to compete with Alex Stalock for the starting job.

San Jose dealt the negotiating rights to last year's starting goalie Antti Niemi to Dallas during last weekend's draft for a seventh-round pick. Niemi signed a three-year with the Stars on Monday to stay off the free-agent market.