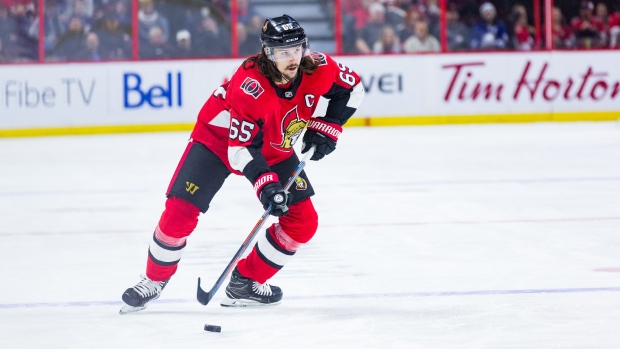 The San Jose Sharks would not have traded for Erik Karlsson if the team didn't believe they could sign the all-star defenceman to a long-term contract, general manager Doug Wilson said in a weekend interview.

Karlsson, who is scheduled to become an unrestricted free agent next summer, received an eight-year contract offer from the Ottawa Senators on July 1, which he is believed to have rejected. The Senators traded their captain to the Sharks last week for a multi-player return.

"We wouldn't have done this deal if we weren't very comfortable of that opportunity," Wilson told The Mercury News of extending Karlsson, "and that's why I was able to have discussions with their agents and with Erik."

The Sharks are no strangers to bringing in players via trade and keeping them long-term. Wilson believes Karlsson could be the latest player to join that list.

"Look at the history. That's all I can say," Wilson said. "Jumbo [Joe Thornton], [Brent] Burns, [Evander] Kane, Jonesy [Martin Jones]. When you have the type of team we have, the type of team and the type of players, [knowing] what players are looking for, I think we fill all those boxes.

"I've had conversations, in confidence with people, and came to the comfort zone of where we're at today."

Wilson said he would have no problem offering Karlsson the max term on his new deal and believes the 28-year-old still has room to grow.

"No, there wouldn't be," Wilson said. "We've done our research. Honestly, I really believe he's just coming into his prime."

As for salary, Drew Doughty appeared to set the bar for elite defencemen earlier this summer when he signed an eight-year, $88 million deal. Wilson suggested Karlsson could take less money in order stick around with the Sharks.

"Top players are going to get paid well, they are. And they deserve to get paid well," Wilson said when asked about Doughty's contract. "It's just the distribution of your [NHL salary] cap and when you're trying to build a team trying to win a Stanley Cup, it's a team-building concept… My job and my owner's job is to make this a place players want to play, and then once players get here, they'll do whatever to take care of each other."

Karlsson had nine goals and 62 points in 71 games with the Senators last season.