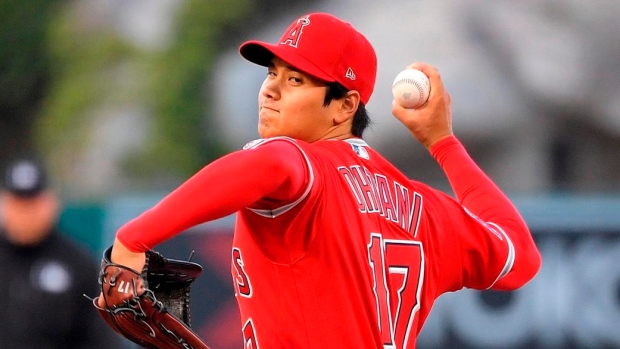 Shohei Ohtani is back to doing double duty.

According to Rhett Bollinger of MLB.com, Ohtani told Los Angeles Angels manager Joe Maddon he would like to be in the lineup when he takes the mound Tuesday against the Houston Astros at Minute Made Park.

"I've already spoken to him, and he wants to do it," Maddon said via Bollinger. "So we'll make some adjustments with that."

Ohtani has not been in the batting order the last two times he's taken the mound. Tuesday would mark the third time in 2021 he's both pitched and hit in the same game, highlighted by his outing on April 4 when he homered in the first inning and routinely hit triple digits with his fastball on Sunday Night Baseball against the Chicago White Sox.

The two-way sensation has dealt with a pair of minor injuries in 2021, including elbow soreness from being hit by a pitch and a blister on his right middle finger.

But he's been spectacular when he's been in the lineup, both at the plate and on the mound. Ohtani enters Tuesday's start with a 2.41 ERA and 30 strikeouts in 18.2 innings. He also has a league-leading 10 home runs and carries a .915 OPS in 32 games.

This is his fourth season with the Angels after coming over to MLB from Japan's NPB league in December of 2017.