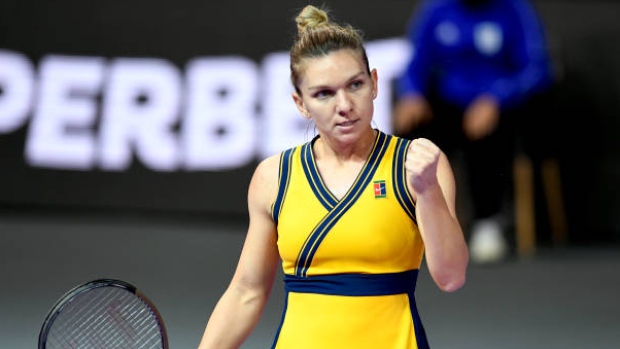 CLUJ-NAPOCA, Romania (AP) — Simona Halep reached a WTA final for the 12th straight season after routing Ukrainian teenager Marta Kostyuk 6-0, 6-1 Saturday and setting up a title match against Anett Kontaveit of Estonia at the Transylvania Open.

Kontaveit, who won the Kremlin Cup in Moscow last week, extended her winning streak to nine matches by beating Rebecca Peterson of Sweden 6-3, 6-2 .

Halep had to hold off a break point in the opening game but was in full control afterward, only conceding the first game of the second set when the 55th-ranked Kostyuk managed to hold serve.

The top-seeded Romanian is 3-0 against second-seeded Kontaveit and didn't drop a set in those matches, including a 6-1, 6-1 win in the quarterfinals of last year's Australian Open.

Halep, who is seeking her 23rd WTA title, has won a tournament in Romania twice before — in Bucharest on clay in 2014 and '16.

Kontaveit has won three tournaments this season, and four overall.