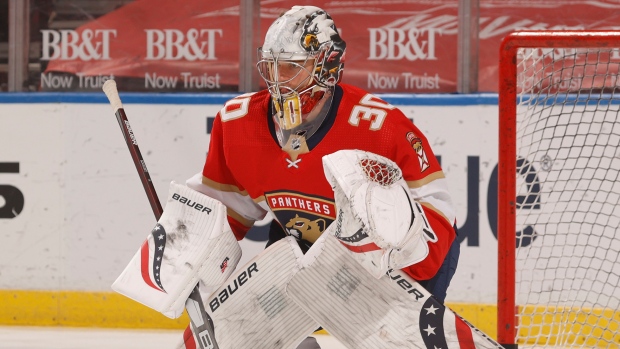 The Florida Panthers are sticking with goalie Spencer Knight.

The 20-year-old will be in net Wednesday night as the team looks to extend their first-round series against the Tampa Bay Lightning to a seventh game.

The rookie goalie got the start in Game 5 with Florida's season on the line and he did not disappoint, stopping 36 shots in a 4-1 win.

Knight became the youngest goalie to start an elimination game and allowed a goal on the first shot he faced in his NHL playoff debut Monday night. Then he stopped the next 36 to keep the Panthers alive against the Lightning.

“I just approached it like I did every other hockey game,” Knight said. “I was a little nervous, but then I just kind of thought and remembered it’s just playing hockey and I just tried to control what I can and just have fun.”