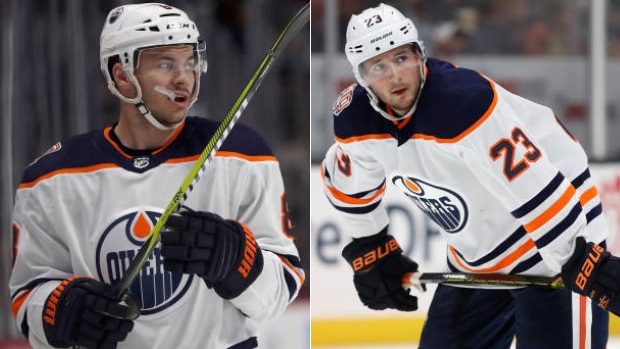 Edmonton Oilers forwards Ryan Spooner and Ty Rattie both cleared waivers on Tuesday, but will remain on the team's NHL roster.

"Both guys are on competitive notice," Oilers head coach Ken Hitchcock said Tuesday. "If we see the things we want to see, they get to play. I don't care who it is as long as he helps us win."

Hitchcock added that Spooner will dress against the Detroit Red Wings on Tuesday night in the team's final game before the All-Star break.

Spooner, who was acquired in November from the New York Rangers for Ryan Strome, has two goals and three points in 24 games since joining the Oilers. He carries a $3.1 million cap hit through next season, with the Rangers retaining $900,000. He last dressed for the team on Jan. 14 against the Buffalo Sabres.

Rattie, 25, has two goals and eight points in 29 games this season. He served as a healthy scratch in the team's past three contests. He is scheduled to become a restricted free agent in July and carries an $800,000 cap hit this season.

The Oilers dropped to 23-23-3 with Sunday's loss to the Carolina Hurricanes.