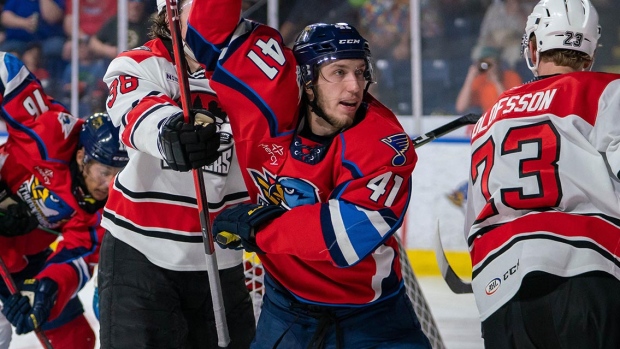 LAVAL, Que. — Will Bitten erupted with a four-goal performance and the Springfield Thunderbirds trounced the Laval Rocket 6-3 Wednesday to take a 2-1 series lead in the American Hockey League's Eastern Conference final.

Bitten scored 17:39 into the second period, helping Springfield to a 3-2 lead at the second intermission, then exploded with three-straight goals for the visitors in the third, including a short-handed tally and an empty-net strike.

The Rocket got goals from Rafael Harvey-Pinard, Corey Schueneman and Nate Schnarr.

Joel Hofer made 37 saves for the win and Laval's Cayden Primeau stopped 37 of 42 shots.