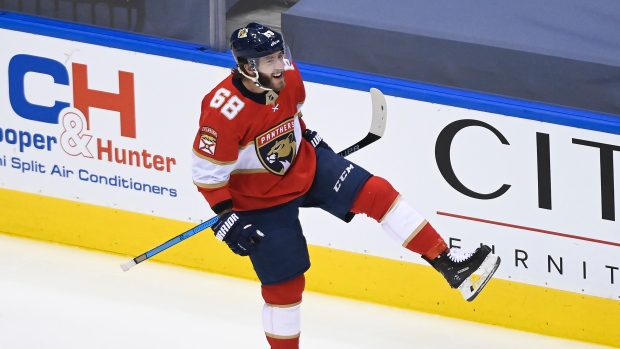 The St. Louis Blues have signed forward Mike Hoffman to a professional tryout contract, he will be with the team at training camp on January 3.

Mike Hoffman has signed a professional tryout contract with the Blues and will be in Training Camp when it begins on Jan. 3. https://t.co/5ScFoQcbUx #stlblues

The 30-year-old scored 29 goals and recorded 59 points in 69 games last season with the Florida Panthers. He scored three goals and five points in the playoff qualifying round as the Panthers were eliminated in four games by the New York Islanders.

TSN Hockey Insider Darren Dreger says the move could be for cap management purposes and that an agreement with Hoffman could already have been reached.

Putting players on LTI during the off-season is different then start of the season. This maximizes the Blues LTI space, but they still have to deal with Dunn. Gotta believe Hoffman agreement is done and this pure cap management.

TSN Hockey Insider Pierre LeBrun says that, all things being equal, Hoffman will get a one-year deal closer to opening night, when the Blues can use LTIR.

All things being equal, there’s a one-year contract coming for Hoffman closer to opening night once the Blues can use LTIR. https://t.co/JH1XKD4ayQ