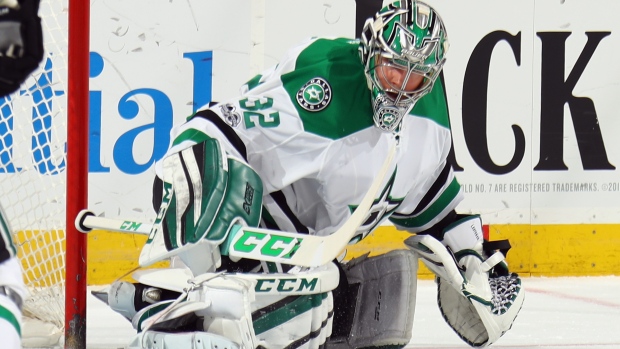 The Dallas Stars have recalled G Mike McKenna from Texas. Kari Lehtonen is unavailable indefinitely due to personal reasons. https://t.co/I5AM9fHFfH

The 34-year-old native of Finland is 2-3-1 this season with a 2.89 goals-against average and a 0.897 save percentage. Lehtonen has been with the Stars for the past nine seasons.

Dallas called up Mike McKenna from the Texas Stars of the American Hockey League to back up starter Ben Bishop.

The Stars also lost defenceman Marc Methot on Monday, he will miss 4-6 weeks after having his knee scoped on Sunday.

Finally, Dallas will also be without forward Martin Hanzal for the next three to seven days with a hand injury.

Marc Methot had his knee scoped and he will be out 4-6 weeks. Martin Hanzal is expected to miss 3-7 days with a hand injury. pic.twitter.com/4NRIQRpFh7

The 32-year-old stay-at-home blueliner has no points over 15 games this season, his first in Dallas. Methot was acquired from the Ottawa Senators by the Vegas Golden Knights at the expansion draft before being dealt to the Stars this summer. He last played Nov. 6.

Hanzal, 30, has one goal and two assists over 17 games, also in his first season with the Stars.