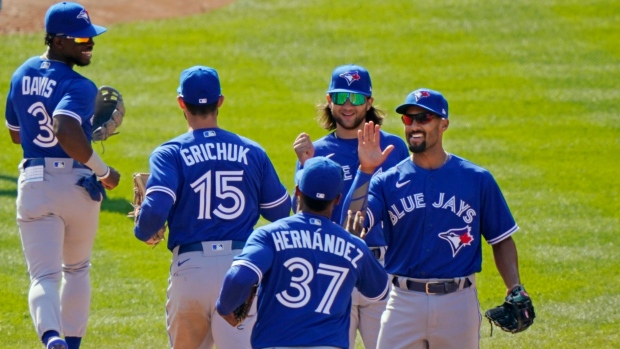 The Blue Jays passed the 40-game mark of the season this week (now 23-19 through 42 games) and have to feel pretty good about where they are sitting.

They’ve barely gotten any production out of big off-season acquisition George Springer due to his oblique and quad strains. They’ve dealt with players making 20 trips to the injured list so far this season. They’ve used 38 different players, including 12 different starting pitchers.

Considering there has been so much turnover, it’s surprising the Jays have fared so well. It’s hard to get traction and consistency when there are so many changes. Manager Charlie Montoyo and the young core deserve credit for maintaining focus.

The Blue Jays are ranked fourth in runs per game offensively. Their starting staff is ranked ninth (4.52) in ERA, while the bullpen (3.06) is ranked third in the American League. The Jays have also shown a bit of improvement defensively. They have the fourth best (.985) fielding percentage and have allowed 11 unearned runs, which is tied for the third fewest in the AL.

Overall, the Jays are playing pretty good baseball with plenty of room for improvement.

Vladimir Guerrero Jr., Bo Bichette, Teoscar Hernandez, Marcus Semien and Randal Grichuk have all been highly productive with the bats. There is still room for growth as Cavan Biggio, Lourdes Gurriel Jr. and Alejandro Kirk (60-day IL) haven’t done much yet offensively.

On the pitching side, Hyun-Jin Ryu has been excellent as usual, while Steven Matz and Robbie Ray have proven to be serviceable middle-of-the-rotation answers. The back end of the rotation has been a bit of a tryout camp as the Jays hope someone will get hot and lay claim to a spot. The Jays hope that one of the spots is solidified by top prospect Nate Pearson, who hasn’t done much yet due to injury and control issues.

The AL East title is still a realistic goal for this young team. The first quarter of the season has shown the Boston Red Sox are better than anticipated and the New York Yankees are not good enough to run away with the division. The defending AL champion Tampa Bay Rays are still good, but not nearly as strong as they were a year ago. The Orioles are rebuilding and will not factor in the race. Toronto has a real chance to win this division. They are going to get better as the season goes on and they get healthy. 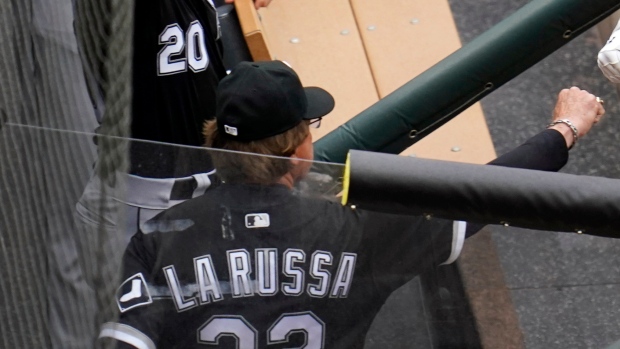 The unwritten rules of baseball are being challenged again. Chicago White Sox designated hitter Yermin Mercedes swung at a 3-0 pitch in the ninth inning of Monday’s game with a 15-4 lead over the Minnesota Twins and hit a home run.

The game was so out of hand that utilityman Willians Astudillo was pitching for the Twins. The Twins were offended by the rookie swinging at the pitch, and even more bothered that he hit a homer. There is an unwritten rule that when games are that lopsided the winning team does not go overboard running up the score. Out of respect for the game and the opponent, teams don’t pile on.

The incident has created a ton of controversy in Chicago where veteran manager Tony La Russa, who criticized Mercedes to the press, has been under fire for being out of touch with the current players, not knowing some of the new rules and being too old school in his approach.

In my opinion, it has bordered on age discrimination. La Russa, 76, is a brilliant baseball mind who may have slowed down a bit, but he has forgotten more baseball than the rest of us will ever know.

Some have forgiven Mercedes because the Twins had conceded the game by pitching a position player. At that point, the game is a bit of a joke and anything goes, in their opinion. I can see their point, but one of the reasons Mercedes was wrong to swing at the pitch is because it actually offended the Twins.

Minnesota has been baseball’s biggest disappointment this season. La Russa doesn’t want to do anything that will wake them from their slow start. Don’t give the opposition any more motivation. The homer did that.

The point that everyone is missing is that the biggest mistake the young slugger made was to ignore the sign that he was given by the third base coach to take the 3-0 pitch. In fact, La Russa was yelling for Mercedes to take the pitch from the dugout and he still swung. If Mercedes didn’t see the sign it was because he didn’t look for it. He should have at least had a feel for the situation in the blowout game and looked for guidance.

This has been made into a big deal because there is a faction of the White Sox fan base that is anti-La Russa and this fed the beast. 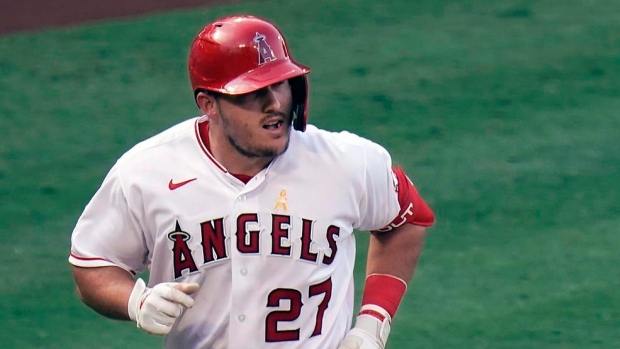 - The Los Angeles Angels (19-24) season is over. Superstar Mike Trout has a Grade 2 strain of his calf and will be unable to play for six to eight weeks. The Angels are a team built with a good offence and a mediocre (at best) pitching staff. They were already not scoring enough runs to overcome their marginal pitching. Without Trout they have even less of a chance to score enough. This will be another postseason without Trout.

- Shohei Ohtani started for the Angels on Wednesday night against the Cleveland Indians. He wasn’t great but he wasn’t awful either. He only lasted 4.2 innings, giving up two runs. But it was alarming that he was down five miles per hour from his average fastball and seven mph on his splitter. He said he wasn’t hurting, but something isn’t right. He has played in 42 of 43 games so far this year. Manager Joe Maddon will want to get as much out of Ohtani as possible with Trout injured, but he will need a break soon. His velocity showed it on Wednesday.

- Former Blue Jay Kevin Pillar once again showed his toughness by taking a 95 mph fastball to the face and walking off the field. He has multiple nasal fractures and will need plastic surgery in the next couple of weeks to reconstruct his nose. He will be back playing again soon with the same reckless abandon he always has.

- There have been six no-hitters in baseball this season. Since 1900, the most that have ever been thrown in a year is seven. The six no-hitters have been against only three different teams: Cleveland (two), Seattle Mariners (two) and Texas Rangers (two). The pitchers have dominated this season more than any year since the “Year of the Pitcher” in 1968. The offensive numbers were so low that year it prompted MLB to lower the mound by 10 inches and the designated hitter was added in the AL. This season will likely prompt changes as well. Certain rule changes are being tested in the minor leagues this year, so don’t be surprised if some of them get implemented as part of the new CBA starting next season.