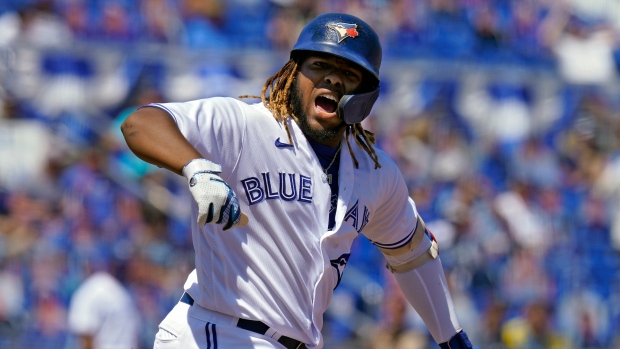 Vladimir Guerrero Jr. is putting on a show early in the season.

He is third in RBI and batting average while leading the league in home runs, making him an early candidate for the Triple Crown. He seems so much more comfortable at the plate. He is showing great plate discipline and recognizing balls from strikes, walking (31) more than he has struck out (29). He is controlling his at-bats and isn’t giving any of them away as easy outs. He is making the opposition work. He looks like the hitter I saw in the minor leagues.

The mental part of the game is real. How a player thinks and feels affects how he hits. It has taken a while for Vlad Jr. to get comfortable. His early struggles created uncertainty in his mind for the first time in his career. He may deny having doubts about his ability but I know what it looks like. His posture, complexion and facial expressions gave it away. And that’s okay. It is normal and not uncommon. He just never experienced it before. It won’t be the last time he searches for answers at the plate. It happens to the best of players.

Guerrero recognized this past off-season he needed to do more because he heard about and saw the work ethic of other young stars like Fernando Tatis Jr., Ronald Acuna Jr. and Juan Soto. The best thing that’s happened for Guerrero is his hard work has paid immediate dividends and returned such positive results. Guerrero looks like we thought he would as a major leaguer. But most importantly, he is comfortable with himself now. 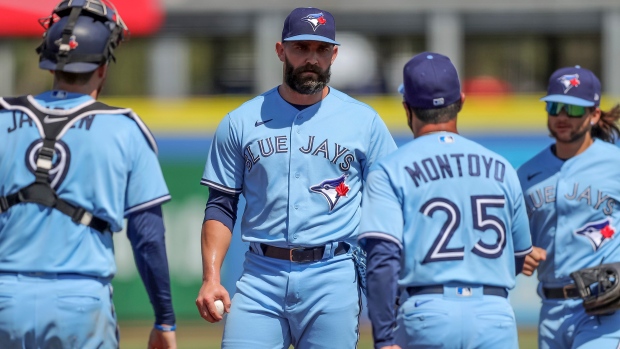 The Blue Jays’ bullpen was so good in the month of April but hasn’t been quite as good in May with an ERA well over 4.00. That is a byproduct of over usage. Toronto relievers have logged the second-most relief innings per game in the American League behind the Tampa Bay Rays. Remember, Tampa Bay often uses an opener where the starter only pitches an inning or two and then a bulk pitcher comes in to log the number of innings that a starter might normally pitch. Jays’ manager Charlie Montoyo has gone to the bullpen early and often. At some point, that takes a toll on relief pitchers.

The best way to have a good bullpen is to keep the relievers in the bullpen. It’s ideal when a manager can go to his bullpen when they want to and not when they have to. Montoyo has not had such a luxury. The starting rotation’s 4.32 ERA is ranked eighth in the AL but they have logged only 4.2 innings per start. That’s left a ton of work for the bullpen and something has to give. At this rate, the bullpen will be burned out by the All-Star Game.

The Jays desperately need some stability and length out of their rotation. Montoyo may just have to leave his starters in until they get in trouble instead of taking them out before they do.  The Jays have a lot of options for the bullpen in the majors and at triple-A, but they are playing with fire. The good news is, at the trade deadline, relievers are readily available. But the bad news is every other team is dealing with injuries and workload issues so those pitchers may be overworked as well. 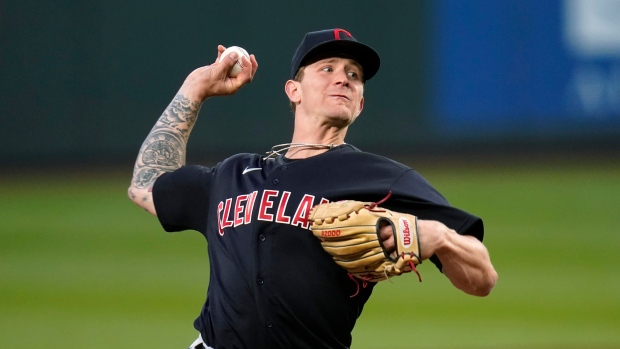 So far, 2021 is the year of the pitcher as offensive numbers have plummeted. It is also the year of the injury. I have never seen so many injuries as we have seen this season. It is hard enough to keep players on the field when they are actually playing and injuries that occur away from the field are maddening to a general manager. Players don’t live in bubbles and things that happen to normal everyday people can happen to them too. But accidents that can be avoided are extremely frustrating.

Just this week, Cleveland pitcher Zach Plesac broke his thumb by aggressively taking off his jersey after the game and hitting it on a chair. Atlanta Braves rookie starting pitcher Huascar Ynoa broke his pitching hand punching the bench after a bad outing. Both are now likely lost for between six and eight weeks. Earlier in the season, Athletics pitcher Jesus Luzardo broke the pinkie on his throwing hand while playing a video game.

In 2019, Carlos Correa suffered a broken rib while getting a massage.

Former Mets outfielder Yeonis Cespedes wrenched his ankle in 2019 when attacked by a wild boar on his ranch. Cespedes also once went golfing while unable to play with a hamstring injury.

In 2016, Trevor Bauer – yes that Trevor Bauer – cut his finger on a homemade drone and wasn’t able to perform in the playoffs because he was bleeding all over the mound.

Former Detroit Tigers reliever Joel Zumaya wasn’t available in the playoffs because he irritated his right wrist and thumb while playing the video game “Guitar Hero” too much.

Baltimore Orioles outfielder Marty Cordova once couldn’t play because he fell asleep in a tanning booth and burned his face.

These are all absurd and a bit funny, except when it happens to your team. 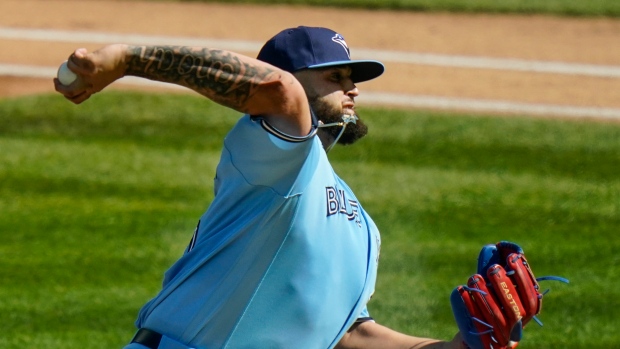 - The Jays took a chance on calling up Alek Manoah so early in his professional career and it paid off. I don’t like calling up young players up with this little experience, but Manoah had poise and was in complete control. He has a powerful fastball, outstanding slider and deceptive changeup. He is an exciting young pitcher who has fire and flair. Jays fans are going to love him.

- On Tuesday, veteran umpire Joe West passed Bill Klem as having umpired the most games ever.  West is a character and has been involved in plenty of controversial calls over his 43 years. He was the umpire that ejected Dodger pitcher Jay Howell in the 1988 playoffs for having pine tar in his glove. Ironically, he reprised his role on Wednesday when he made St. Louis Cardinals pitcher Giovanny Gallegos remove his hat that had a stain on it, possibly from a foreign substance which could be used to manipulate the ball when thrown.

Cardinals manager Mike Schildt went on a rant effectively saying if they are going to do this to his pitcher they better go after everyone else too. Schildt has a point. The use of foreign substances is being investigated by MLB this year in order to get a handle on what pitchers are doing and how they benefit from it.  Players find themselves in the same place they were during the steroid era. Some pitchers are cheating using foreign substances to create more spin on the ball. Those pitchers are more effective because of it. It leaves players feeling like if they don’t do it too, then they may fail and lose their jobs.

If pitchers don’t use the illegal substances, offensive numbers will improve. That is definitely something the commissioner wants. Expect some action on this soon. West remains one of the best ball/strike umpires in the game. He is retiring at the end of the season.

- Surprise, surprise! The Houston Astros expanded to full capacity at Minute Maid Park this week just in time for the Los Angeles Dodgers coming to town. The Dodgers still hold a grudge after losing the 2017 World Series to Houston only to later find out the Astros were cheating by stealing signs. It was a big series for both teams despite their efforts to downplay it. It backfired a bit on the Astros, however, as there were plenty of Dodger fans in the ballpark with signs calling out the Astros for cheating.