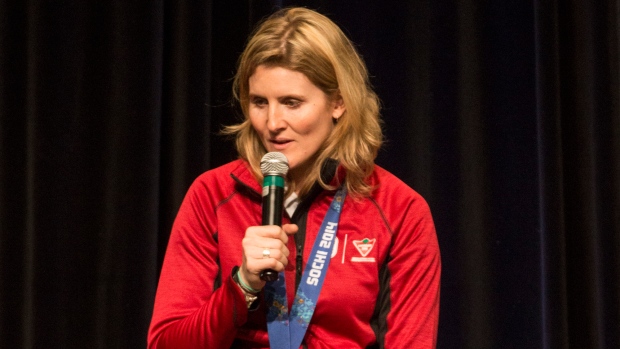 Broadcast on hundreds of platforms, Canadian artists, activists, actors, and athletes will share their stories of hope and inspiration in a national salute to frontline workers combatting COVID-19 during the 90-minute show.

With a mix of music, messages, and more, STRONGER TOGETHER, TOUS ENSEMBLE features Canadian talent uniting to show everyone working on the front lines of this pandemic that we are all #StrongerTogether. Viewers and listeners are encouraged to follow @strongercanada, launching today, to stay up to date before the broadcast.

STRONGER TOGETHER, TOUS ENSEMBLE will feature a star-studded, virtual ensemble performance of a timely and treasured classic, sung by more than two dozen of Canada’s biggest international stars, homegrown favourites, and brightest newcomers. The exclusive rendition of the inspirational song, produced by Jon Levine (Céline Dion, Alessia Cara, Avril Lavigne), will be released immediately following the broadcast on streaming platforms everywhere. The initiative, led by artists Tyler Shaw and Fefe Dobson from ArtistsCAN, will see all proceeds support the Canadian Red Cross response to COVID-19 in Canada.

Conceived and produced in an unprecedented collaboration between Insight Productions, Bell Media Studios, and CBC/Radio-Canada, STRONGER TOGETHER, TOUS ENSEMBLE is presented in part through the support of MADE | NOUS, the national, consumer-focused, industry-wide movement recognizing and celebrating creative Canadian talent.

Canadians who are able are invited to donate to Food Banks Canada in association with the broadcast to support local food banks from coast-to-coast-to-coast as they face the drastic impacts of COVID-19.

Viewers and listeners who are able are invited to support Food Banks Canada’s response to the COVID-19 pandemic. Food banks are concerned about the amount of food they have in stock as demand increases while food donations and volunteers decline rapidly. Funds raised as a result of STRONGER TOGETHER, TOUS ENSEMBLE will be used to source essential food and support items across the Canadian food bank network and support operational innovation, including creating alternative delivery systems to best serve people in need during COVID-19.

STRONGER TOGETHER, TOUS ENSEMBLE is a joint production of Bell Media Studios, the Canadian Broadcasting Corporation, and Insight Productions.