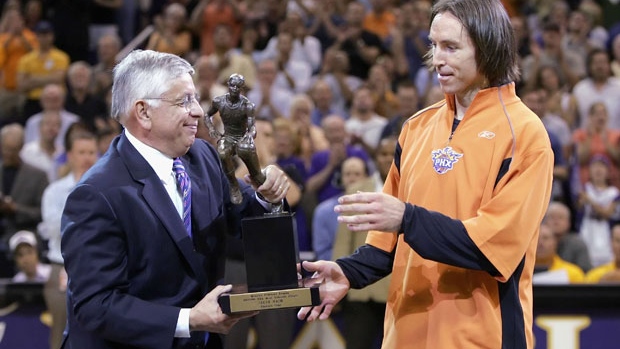 PHOENIX - The Phoenix Suns will induct Canadian Steve Nash into the franchise's Ring of Honor at halftime of their game against Portland on Oct. 30.

Nash, from Victoria, was twice named NBA MVP while at the controls of the high-octane Suns teams that were the forerunner of the style employed by reigning NBA champion Golden State.

Nash was an eight-time All-Star, six with the Suns, and earned league MVP honours in 2005 and 2006. The Suns' 2004-05 team compiled the best record in franchise history.

Nash is the Suns' all-time leader in assists, three-point field goals made and free-throw percentage and ranks third in games played.

He now works as Canada Basketball's general manager for its senior team.

He will be the 14th member of the Ring of Honor.