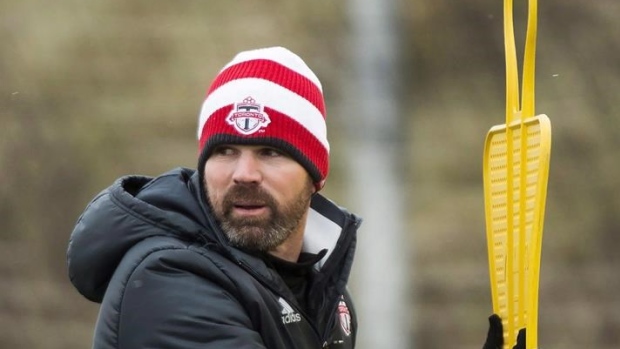 The Supporters' Shield Foundation says they are holding meetings regarding their decision to not award their annual trophy this season.

The Supporters' Shield Foundation board would like to provide an update:

We are currently holding meetings with supporter group representatives about the original decision in light of new information and feedback we have received.

A public update will be forthcoming.

"We are currently holding meetings with supporter group representatives about the original decision in light of new information and feedback we have received," the foundation said in a tweet on Monday. "A public update will be forthcoming."

The Supporters' Shield Foundation announced this weekend that they would not hand out the award, given annually to the MLS team with the best regular season record by way of points, in 2020 due to COVID-19 and a lack of fans in the stands.

Toronto FC head coach Greg Vanney had some choice words for the decision on Sunday.

TFC, who have already clinched a playoff spot, sit first in the MLS and were in line to capture the Supporters' Shield for the second time in franchise history. They last held the award in 2017.

The Supporters' Shield Foundation is responsible for handing out the award and put out a statement on their Twitter account on Saturday citing a lack of fans being able to attend games due the current COVID-19 pandemic.