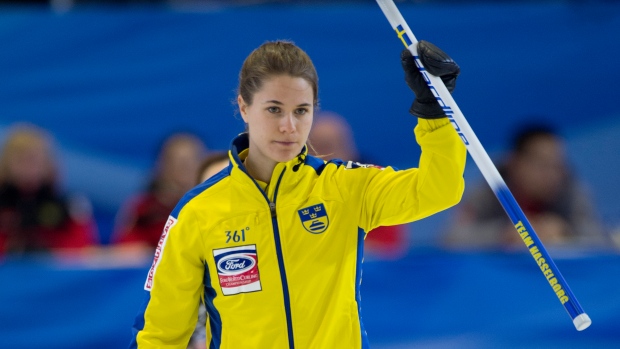 Switzerland scored a deuce in an extra end for the victory.

"I don't have any words," Tirinzoni said. "It's been such a hard week actually, for every game, for every rock. Now we are in the final (and) it feels amazing."

Tirinzoni will take on Sweden's Anna Hasselborg for the title after the reigning Olympic champion topped Japan's Seina Nakajima 6-3 in the late semifinal.

Tirinzoni has a 17-15 edge in career head-to-head matchups against Hasselborg, who lost to Canada's Jennifer Jones in last year's final.

"Whoever plays the best will win and it will just be by the smallest margins," Hasselborg said. "It's going to be a great battle, I'm looking forward to playing them."

The medal games are set for Sunday. Japan and South Korea will play for bronze.

Canada's Chelsea Carey did not qualify for the six-team playoffs. It was the first time in 20 years that Canada missed the playoffs at the event.