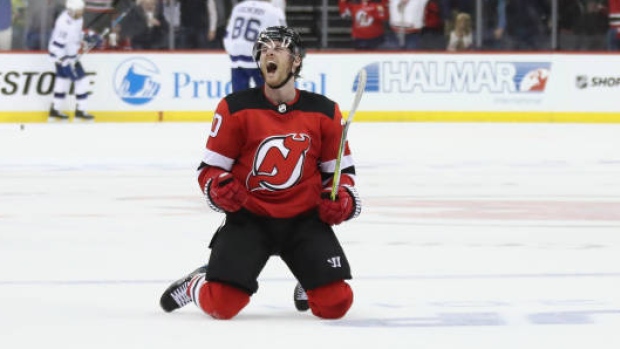 The Tampa Bay Lightning have acquired forward Blake Coleman from the New Jersey Devils in exchange for forward prospect Nolan Foote and a first-round draft pick, according to TSN Hockey Insider Darren Dreger.

Nolan Foote and a 1st round pick to New Jersey for Blake Coleman.

The first-rounder is the Vancouver Canucks' conditional first-round draft choice, which Tampa acquired in a trade back in June.

Coleman has 21 goals and 10 assists in 57 games this season. The 28-year-old had spent his entire four-year NHL with the Devils.

Foote had three goals and two assists in seven games for Team Canada at the 2020 IIHF World Juniors. The 19-year-old forward was selected in the first round, 27th overall, by the Lightning at the 2019 NHL draft.