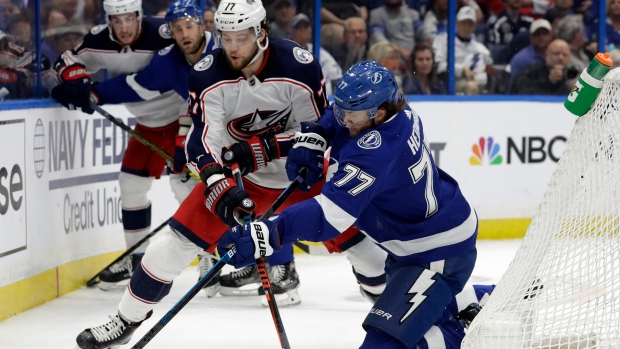 Tampa Bay Lightning star defenceman Victor Hedman joined his team for warmups on Tuesday and will suit up for Game 1 of their opening round series against the Columbus Blue Jackets.

BREAKING: Victor Hedman is on the ice for warmup for the Tampa Bay Lightning prior to game one vs Columbus.

The 29-year-old left Saturday's round robin finale against the Philadelphia Flyers in the first period with an apparent right ankle injury.

Hedman has 11 goals and 44 assists over 66 games with the Bolts this season, his 11th in the NHL.