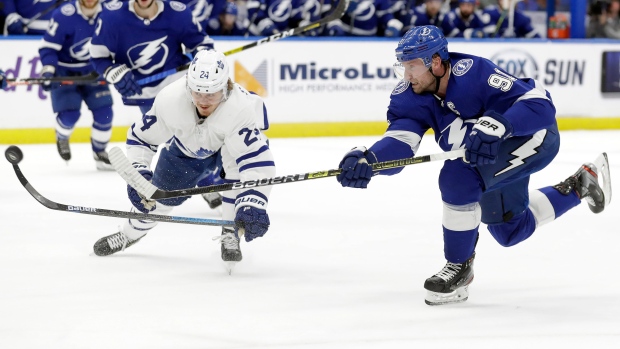 Tampa Bay Lightning forward Steven Stamkos is listed as out for Thursday's game against the Chicago Blackhawks.

Steven Stamkos not on ice for #TBLightning skate. He’s listed as out tonight. Left Tuesday’s game due to his lingering lower body injury. No Coleman or Maroon at skate either

Stamkos was not on the ice for the Lightning's practice Thursday, per The Athletic's Joe Smith. The 30-year-old left Tampa Bay's loss to the Toronto Maple Leafs Tuesday due to a lingering lower-body injury.

Smith also reported Blake Coleman and Patrick Maroon were not at Thursday's skate either.

Stamkos has 29 goals and 37 assists in 57 games for the Lightning this season.