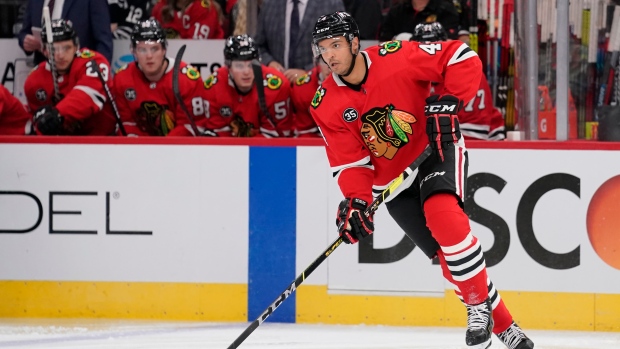 Defencemen Seth Jones and Caleb Jones are among the 24 players named to the Team USA roster for the IIHF World Hockey Championship set for later this month in Finland, USA Hockey announced on Thursday.

Team USA will compete against hosts Finland, the Czech Republic, Sweden, Latvia, Norway, Great Britain and Austria in Group B.

"We've got a great group of players who we know will represent our country extremely well at the world championship," New York Rangers assistant general manager Ryan Martin, who is serving as Team USA GM, said in a statement. "As with all teams USA Hockey puts on the ice at any level, our goal is to bring back the gold medal and we look forward to the challenge ahead."

This will be Seth Jones's sixth appearance internationally for the US.

Team USA's first game is set for May 13 in Helsinki against Latvia.

The US has medaled in four of the last eight worlds, including a bronze at last year's tournament in Latvia.