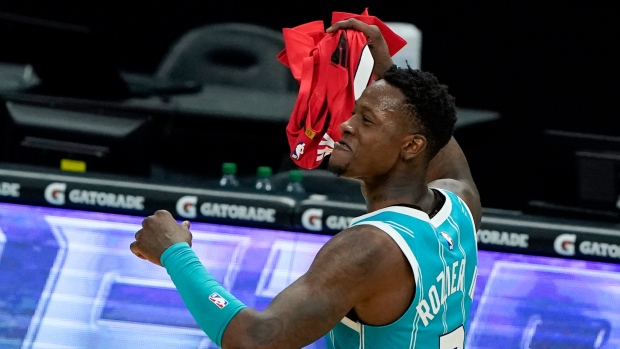 Guard Terry Rozier has agreed to a four-year, $97 million max contract extension with the Charlotte Hornets, his agent Aaron Turner told Shams Charania of The Athletic on Thursday.

In six NBA seasons with the Hornets and Boston Celtics, he has averaged 11.5 points, 3.8 rebounds and 2.9 assists in 404 games.