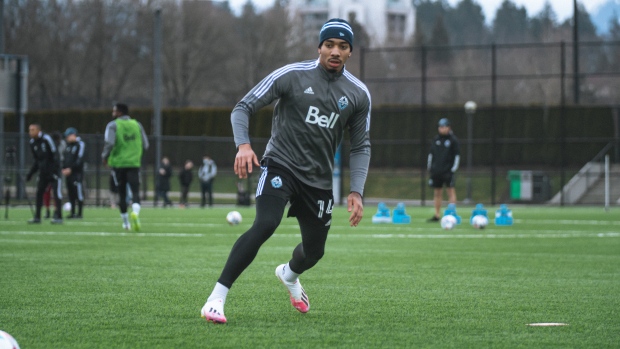 The Vancouver Whitecaps have transferred Canadian forward Theo Bair to Scottish side St Johnstone FC, it was announced on Monday.

The 22-year-old Bair made 39 appearances across all competitions for the Whitecaps over three seasons after originally joining the organization via the Whitecaps FC Residency program in 2015.

Bair spent most of the 2021 season on loan with Norwegian second division club Hamarkameratene, where he tallied four goals in 18 appearances. A native of Ottawa, Bair appeared in four games for the Whitecaps at the MLS level in 2021.

“This is a good move for Theo to continue to evolve at this stage of his career. After he made strides forward last year in Norway's second division, this transfer will provide him the best opportunity to progress by playing meaningful minutes at Scotland's highest level,” said Whitecaps FC sporting director Axel Schuster in a news release. “We will follow Theo closely because the door is always open for a return to the Whitecaps in the future.”

“Thank you, Vancouver. After seven years, it’s time to part ways with the club that means so much to me and my family. From entering the academy as a young boy from Ottawa to playing at BC Place in front of all the amazing fans, thank you,” added Bair in the same release. “This was a very difficult decision to make but one that lets me explore my dream even further. I am thankful to my teammates, the academy, all the staff and fans who supported me through it all. Without the city of Vancouver, I wouldn’t be the man I am today. Vancouver will always be my home and no matter where football takes me, I will always be a Whitecap. Thank you all for everything and I am excited for my next step. See you soon.”