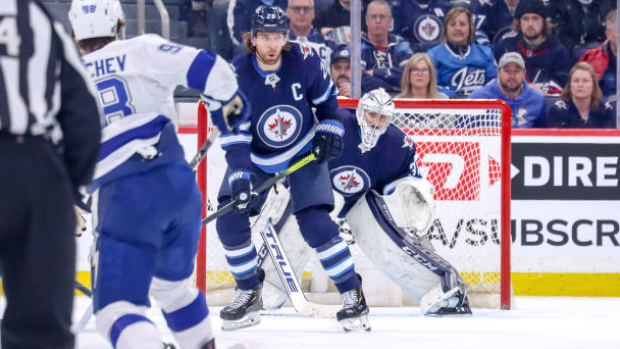 It is perhaps one of the most important questions facing any NHL franchise heading out of the All-Star break. Winnipeg’s season isn’t lost – their 54 points in 51 games has them on the outside of the postseason race looking in, but they are a recoverable three points back of the second wild-card position with one of the league’s best goaltenders backstopping them every night.

Still, there are plenty of reasons for concern. Remember last year’s inexplicable collapse, one where the team’s marquee players were significantly outplayed over the second half of the season? I wrote about it last April, with Winnipeg frantically trying to hold onto a playoff position. The headline read: “The Jets Appear Fundamentally Broken.”

The part that I still can’t wrap my hands around – true leading into the postseason and true coming out of the break – is that the top of Winnipeg’s roster, by and large the same personnel grouping as the dominant teams from a few seasons ago, continues to struggle. The Jets are outplayed on most nights and unless Connor Hellebuyck steals a game or the team pots a couple on the power play, they tend to lose. In some cases emphatically.

Winnipeg’s problem is that they predominantly play in the defensive zone, unable to transition the puck and are often limited to one-and-done stretches offensively. That’s why Hellebuyck has been so instrumental in keeping them afloat.

But consider how this team has trended over time, with specific emphasis on play since around the Christmas break of the 2018-19 season: 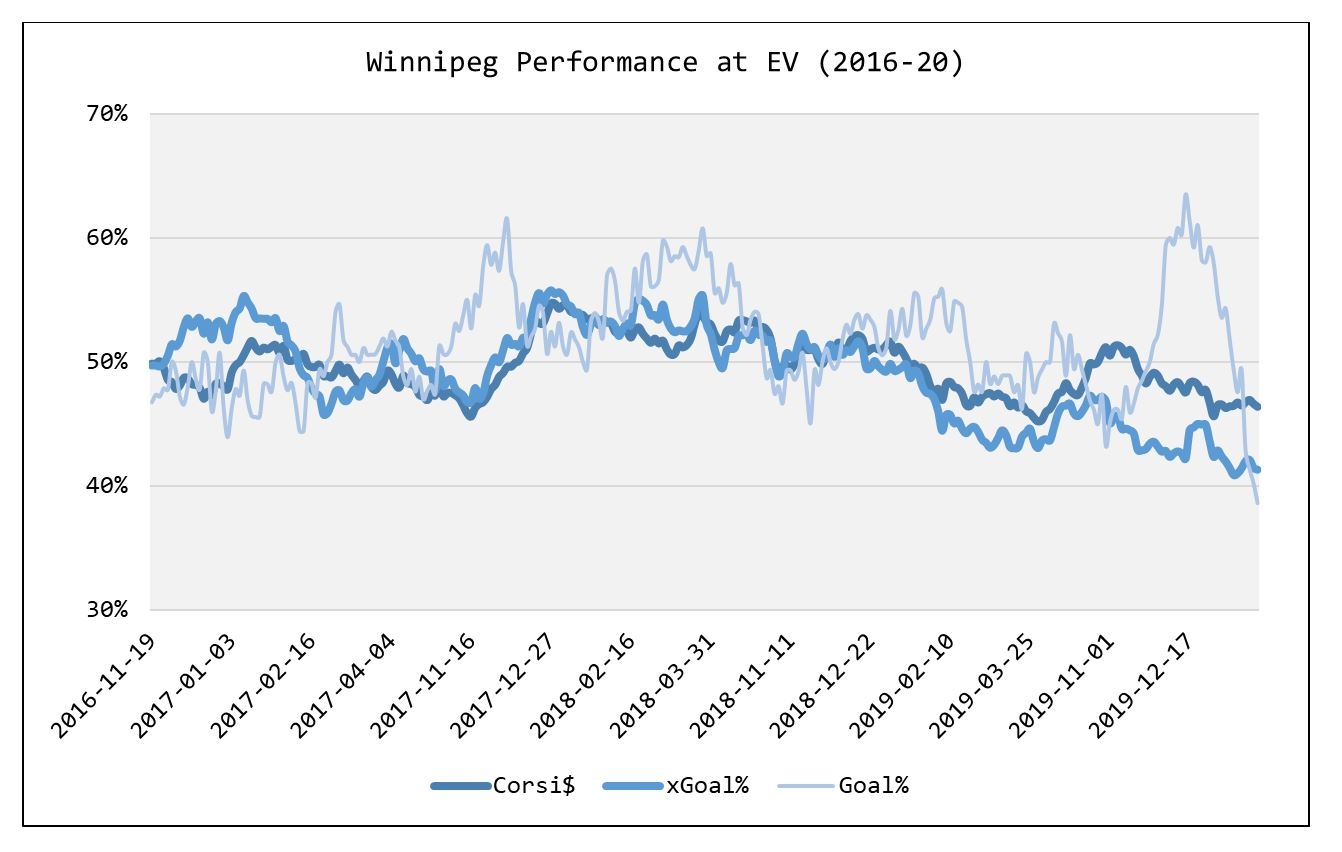 That is as discouraging a data set as you can find – they have periodically had spikes of favourable goal rates, largely driven by stretches of games where Hellebuyck has been unbeatable. But from a shot share or an adjusted shot share (something that considers the quality of those shots, like expected goal rates), the Jets have been in the red for close to 100 games.

Lately, it has been an utter disaster: the last 20 games have seen Winnipeg run a Corsi% near 46 per cent, an Expected Goal% near 41 per cent, and a Goal% near 39 per cent. That’s a “we are getting a high pick in the draft lottery” type of performance from the Jets.

I mentioned earlier that the most mystifying part of all of this is that Winnipeg’s core players are fighting with just as much difficulty as players further down the lineup to drive play at 5-on-5.

The only differentiating factor between Winnipeg’s high-end skaters and their depth players may be shooting talent. Players like Patrik Laine and Mark Scheifele are still in the green when it comes to 5-on-5 goal differential, but it’s taking a Herculean shooting effort – with percentages in excess of 12 per cent, a ridiculously unsustainable level – to smooth out the run of play issue. 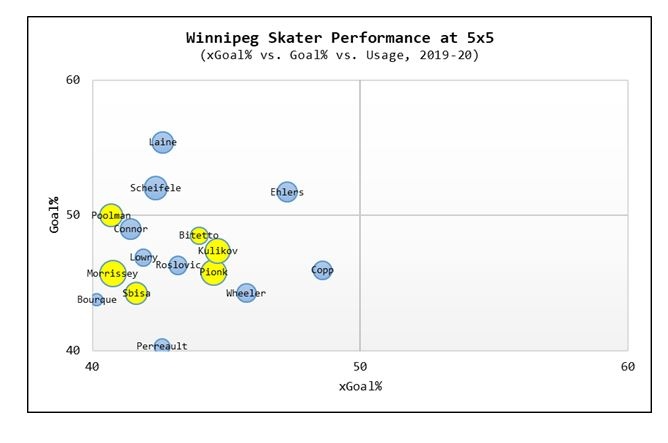 There’s another way to visualize this, and that’s when it comes to the challenges borne out of playing in the defensive zone all of the time (and in the same breath, bleeding high rates of scoring chances against). Consider where shots are coming from against Hellebuyck, and notice how frequently opponent attacking sequences are stemming from the most dangerous area of the ice – the net mouth, where shooting percentages skyrocket: 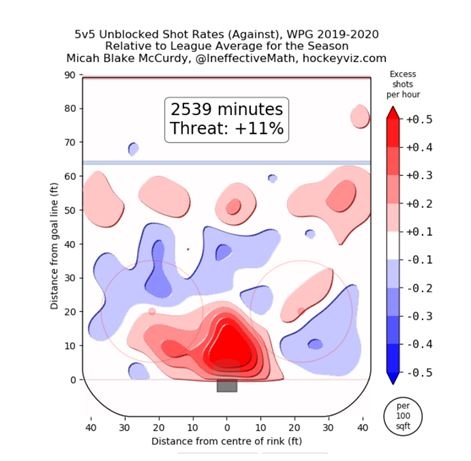 How do you go about fixing what’s plaguing this Jets team? I think the longer-term answer is easier, and a lot of it has to do with the blueline.

Say what you will about any one defender individually, but the team was ill-prepared to handle the loss of a player like Dustin Byfuglien, Tyler Myers or Jacob Trouba. Heck, I’m not sure the team was able to prepare for the transition of Tobias Enstrom – a very competent puck mover in his time who saw aging and injuries begin to adversely impact his performance. The front office’s mission, be it at the deadline or this summer, has to be a targeted approach at enhancing the talent on defence.

In the short term there are only a few buttons you can press, and one of those surely concerns the coaching staff. If the front office feels – by design or by accident – it has put the coaching staff in a bind when it comes to personnel, then we could be at the very early stages of a rebuild in Winnipeg. But if the front office feels it has adequately equipped Paul Maurice with the right degree of talent to contend, then a change behind the bench may be on the table.