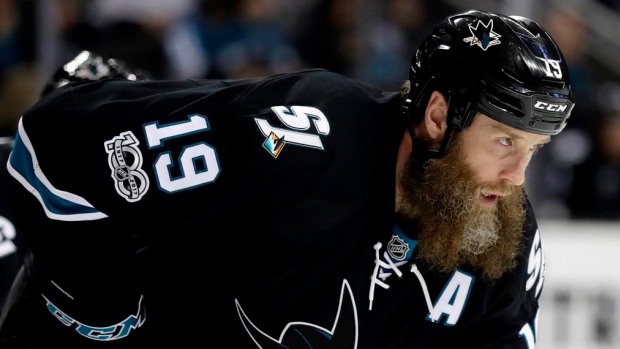 San Jose Sharks forward Joe Thornton revealed the extent of his lower-body injury on Tuesday, admitting he tore both his ACL and MCL in his right knee.

Thornton was unable to play in any of San Jose's 10 playoff games due to the injury, which sidelined him since Jan. 23.

The 38-year-old tore both ligaments in the postseason last year but managed to play through the injury.

#SJSharks Thornton says he had ACL + MCL tears in his right knee, the exact same injury he dealt with in his left knee last year

Thornton scored 13 goals and added 23 assists in 47 games during the regular season, managing to recover in time for the team's 2017-18 opener.

Thornton first tore both ligaments in his knee on April 2, 2017 against the Vancouver Canucks and missed the first two games of the Sharks' first round series with the Oilers. He returned for Games 3 through 6 and recorded two assists.

"I've never seen a guy play with a torn MCL and ACL," Sharks head coach Pete DeBoer said last year after the team was eliminated from the postseason. "It's as courageous effort as I've ever seen."

Thornton had been practising with the team in the playoffs but was unable to dress for any games.

He will be a free agent this summer after completing a one-year, $8 million contract with the Sharks, who he has been with since 2006.