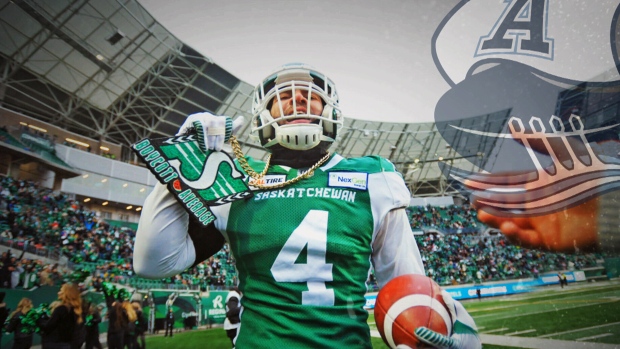 2021 Canadian Football League free agency wasn't the slow drip most thought it might be. Major moves provided major shakeup across the league. So let's break down five great signings:

5 - WR Bryant Mitchell to Winnipeg: CFL fans really haven't seen all Mitchell is capable of, especially with him exploring NFL opportunities over the last few years. But in his 11 games with Edmonton in 2018, Mitchell had the speed, hands, and big play ability that will make him a threat over a full season.

4 - WR Derel Walker to Edmonton: This move might just make the currently nameless team a week-in, week- out offensive headliner. Edmonton brought back Greg Ellingson and signed James Wilder Jr., but Walker is the all-out, big play, downfield bomb, deep threat that will really open this offence up, if Walker stays healthy.

3 - DT Micah Johnson to Saskatchewan: Granted, Johnson's production dipped when he moved from Calgary to Saskatchewan in 2019 for $250,000. But he is still one of the top defensive tackles in the CFL, whose all-out intensity is known across the league. If he has a bounceback year, watch out.

2 - LB Cameron Judge to Toronto: Outside linebacker is a demanding position in the CFL, and to see a Canadian like Judge to thrive in the role in Saskatchewan in 2019, with five sacks and two interceptions, means he provides ratio flexibility. Toronto's personnel team of Pinball Clemons and John Murphy did great work here.

1 - DE Charleston Hughes to Toronto: At 37 years old, Hughes is still the premier pass rusher in the CFL. And his smile makes Toronto a place other top defenders, like Judge, want to play. The Argos are surely now a top defence and a Grey Cup contender.