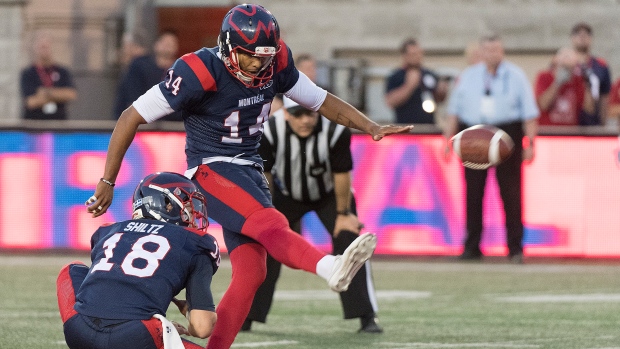 The Argos acquired Bede from the Montreal Alouettes in exchange for kicker Tyler Crapinga in February.

Bede, 30, spent the past five seasons with the Als.

A native of Toulon, France, Bede converted on 31 of 35 field-goal attempts in 2019 and led the league in kickoff yards with 5,772. Bede also finished third in punt average among punters with at least 100 attempts.

The Argos also announced they have extended the contract of American WR Keyarris Garrett.