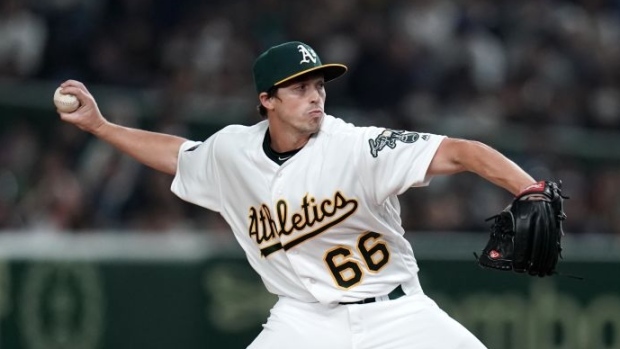 The Toronto Blue Jays have claimed right-hander Ryan Dull off waivers from the New York Yankees, the team announced Wednesday.

Meanwhile, left-hander Tim Mayza has been placed on the 60-day injured list after his injury last week.

Dull, 29, has an ERA of 19.29 in 2.1 innings this season with the Yankees. Prior to his cup of coffee in the Bronx, Dull spent parts of five seasons with the Oakland Athletics, pitching to an ERA of 4.08 in 167 games.

The Blue Jays will continue their series with the Baltimore Orioles at Camden Yards on Wednesday night.