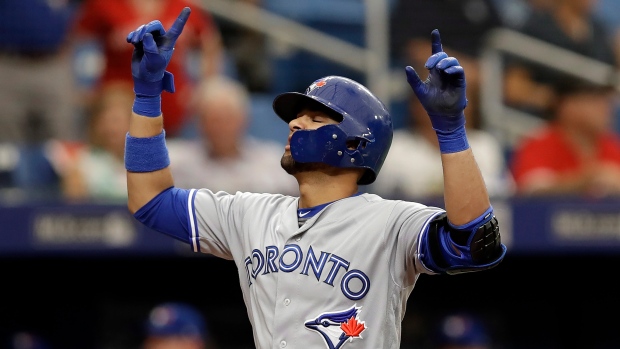 The Toronto Blue Jays could be open to moving outfielder Lourdes Gurriel Jr. this winter, according to TSN Blue Jays reporter Scott Mitchell.

Here’s an interesting one: Heard from multiple people lately #BlueJays could be open to moving Lourdes Gurriel Jr. this winter, especially if it brings the right rotation arm back.
Signed through 2023 and heading into his age-26 season, the contract is nice and so is the bat.

"Heard from multiple people lately #BlueJays could be open to moving Lourdes Gurriel Jr. this winter, especially if it brings the right rotation arm back," tweeted Mitchell.

Gurriel is signed through 2023 and is heading into his age-26 season. He broke out in a big way in his sophomore season last year, hitting .277 with 20 home runs and 50 RBI in 84 games. He struggled defensively early on and was demoted to the minor leagues but was soon recalled and thrived following a position change to left field before an injury to his quad and an appendix removal cut his season short. The year before, Gurriel hit .281 in 65 games.

The Jays had the 10th-worst team ERA in the big leagues last season and are widely believed to be looking for pitching this winter.

Gurriel is set to receive just under $3 million next season. He was signed by the Blue Jays in November of 2016 as an amateur free agent out of Cuba.

He is the brother of Houston Astros first baseman Yuli Gurriel.