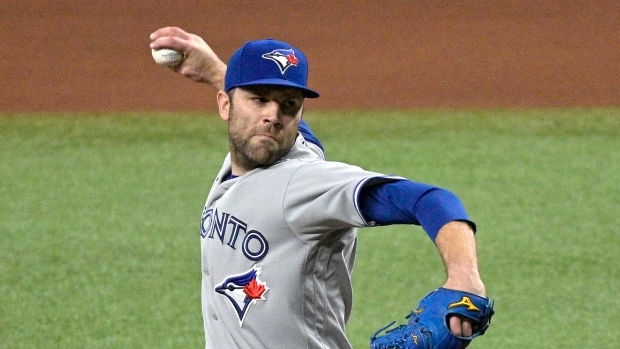 The Toronto Blue Jays are gearing up for the 2022 spring training.

The team announced they have agreed to terms with multiple free agents on Minor League contracts that include an invite to Spring Training.

José De León is a right-handed pitcher who made two starts and seven relief appearances for the Cincinnati Reds last season, keeping an 8.35 ERA while striking out 33 batters over 18.1 innings of work.

Matt Gage is a 28-year-old left-hander and he spent 2021 in the Arizona Diamondbacks system. He has a 4-1 record with a 4.14 ERA over 43 appearances between Double-A and Triple-A.

Casey Lawrence is back for another season with the Blue Jays organization. The 34-year-old RHP went 8-3 last season with a 4.40 ERA between Double-A and Triple-A.

David Phelps is a 35-year-old RHP who allowed only one earned run in 11 games with the Blue Jays last season. He posted a 0.87 ERA and a 1.16 WHIP before being injured in May.

Mallex Smith is 28-years-old and split las season between three different teams. He played in 35 minor league games, including seven with Triple-A Buffalo. Smith went 11-for-15 in stolen base attempts and batted .255.