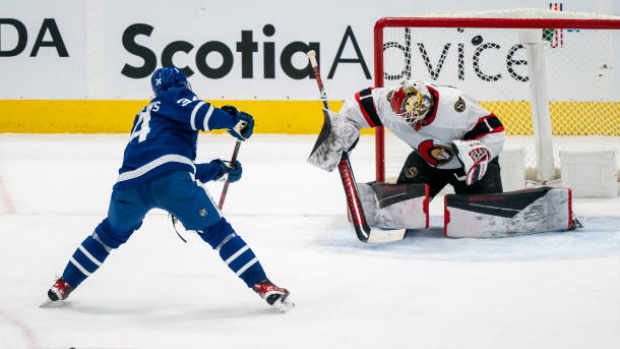 Star forward Auston Matthews will not play Thursday against the Winnipeg Jets and is listed as day-to-day, head coach Sheldon Keefe confirmed.

Keefe noted that the injury is similar to the hand and wrist injury from earlier this season, but doesn't expect him to miss much time.

Sheldon Keefe says the Matthews issue is similar to the hand/wrist injury from earlier, but not exactly the same

Stresses again that Auston isn't expected to miss much time

34 just testing it out this morning to see how he felt, which explains his quick cameo at the skate

The 23-year-old Matthews has 32 goals and  21 assists in 40 games with the Leafs this season, his fifth with the club.