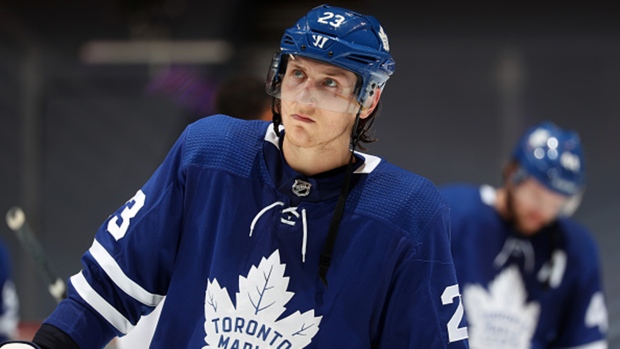 Sheldon Keefe said Travis Dermott will not play tomorrow. Mikko Lehtonen will go in against Vancouver.

Mikko Lehtonen will draw into the lineup in place of Dermott.

The 24-year-old left Thursday's game in the first period with what Keefe described as a charley horse. He was absent from Friday's practice.

In eight games this season, Dermott has zero points.