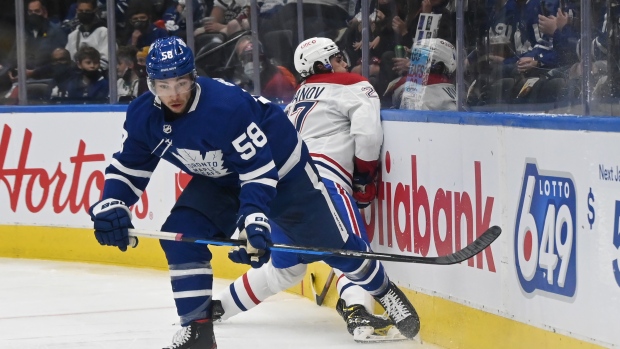 Toronto Maple Leafs forward Ondrej Kase will return to the Maple Leafs lineup for Game 1 of the club's first round series with the Tampa Bay Lightning, however forward Michael Bunting will not, according to head coach Sheldon Keefe.

Ondrej Kase is IN

Michael Bunting is OUT @TSN_Edge

Bunting, 26, was injured during the Leafs' 3-2 overtime loss to the Florida Panthers on April 23 after being hit in the face with the puck and falling awkwardly in the aftermath.

The Leafs' rookie scored 23 goals and 63 points in 79 games during the regular season.

Kase, 26, hasn't played since March 19 and was diagnosed with a concussion in April.