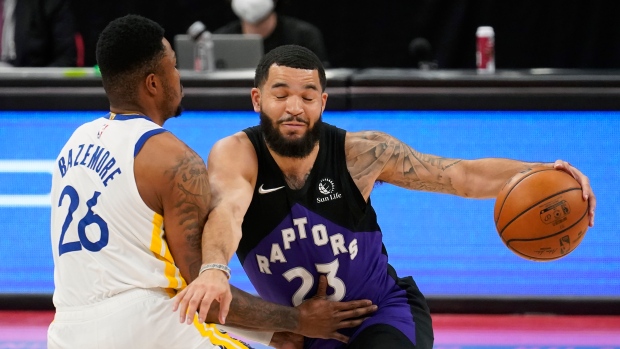 Toronto Raptors guard Fred VanVleet will sit out tonight’s game against the Los Angeles Lakers as part of injury management for a hip injury he’s been dealing with.

Fred VanVleet will sit out vs the Lakers tonight, injury management on his hip in the second night of a back-to-back. Trent, Boucher and Watson are still out. Lowry is expected to play.

Just before game time the Raptors announced that OG Anunoby would also miss Sunday's game due to injury management on his left calf.

OG Anunoby is late scratch for injury management on his left calf. So no Anunoby, VanVleet, Trent, Boucher or Watson vs the Lakers tonight.

Tonight’s game is the second half of a back-to-back for the Raptors, who lost to the Utah Jazz last night.

Gary Trent, Chris Boucher and Paul Watson are also out for the Raptors. Kyle Lowry is expected to play.

LeBron James, who returned to game action on Friday after being out for a sustained stretch with an ankle injury, is expected to suit up for the Lakers as is Anthony Davis who also just recently returned to the lineup following a long absence due to a leg injury.