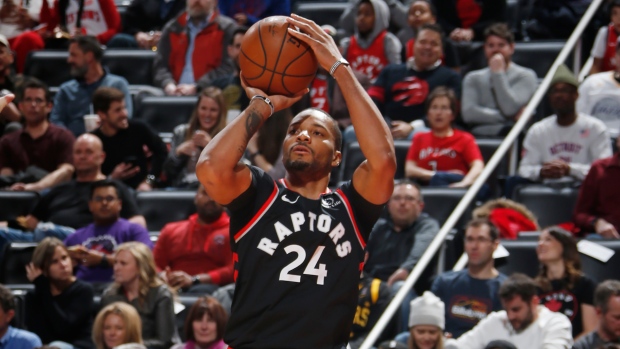 Toronto Raptors forward Norman Powell is "out indefinitely" with a broken finger, the team announced Saturday.

Powell suffered a fracture to the fourth metacarpal in his left hand Friday night in the fourth quarter of Toronto's 105-92 road win over the Detroit Pistons.

He has scored 20 or more points 12 times, including a career-best 33 points Nov. 29 at Orlando, and has led the bench in scoring in 12 games.

Powell missed a stretch of 11 games after dislocating his shoulder earlier this season in another game in Detroit.