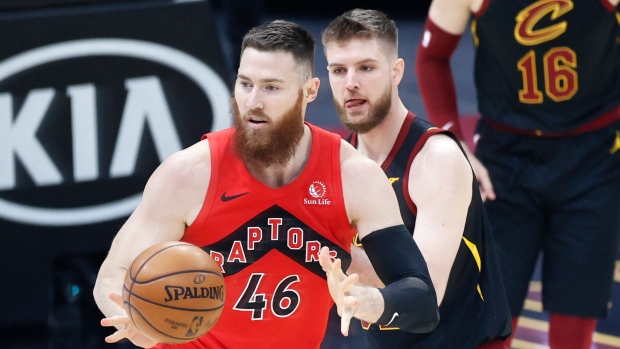 The Toronto Raptors waived centre Aron Baynes on Wednesday after one season with the team.

Baynes appeared in 53 games last season with the Raptors and averaged 6.1 points and 5.2 rebounds in 18.5 minutes per game.

The 34-year-old signed a two-year, $14.3 million deal to play in Toronto during the off season, the team had until 5pm on Wednesday to waive him or his contract would become fully guaranteed.

The Raptors inked Baynes hoping he could help at the centre position following the departures of Marc Gasol and Serge Ibaka.

He has also played for the San Antonio Spurs, Detroit Pistons, Boston Celtics and Phoenix Suns over the course of his nine-year NBA career.