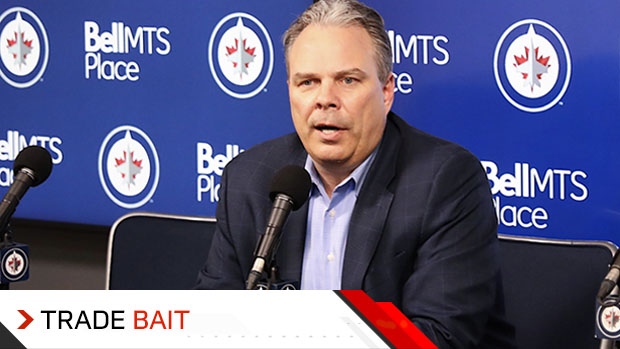 The Jets and defenceman Dustin Byfuglien are working toward a mutual contract termination over the next several days, according to multiple sources, which would formally end his suspension and bring to a close the grievance Byfuglien filed in November.

For the Jets, the termination would bring much-needed clarity to their salary cap picture, freeing up GM Kevin Cheveldayoff to use the $7.6 million in space they have earmarked for Byfuglien all season in case he returned to play or successfully grieved his suspension.

If executed, the contract termination would also make Byfuglien an unrestricted free agent, free to resume his career with any team of his choosing. That could be next week, next season or never again. Byfuglien's on-ice future remains very much in doubt.

Byfuglien, 34, has not resumed skating since undergoing ankle surgery in late October. He reportedly began rehabbing the injury in consultation with the Jets in mid-December, but hasn’t progressed to the next step in the process.

One of the questions lingering during Byfuglien’s rehabilitation was: How much did he want to return to play? He was suspended without pay by the Jets for failing to report for training camp. The Jets said Byfuglien took a personal leave of absence, but sources close to Byfuglien believed he was contemplating retirement.

Byfuglien’s decision blindsided the Jets. After trading Jacob Trouba and losing Tyler Myers to free agency, the Jets planned to rely on Big Buff, the team’s leader in average ice time over each of the past four seasons, to bite of an even bigger chunk of the game this season.

Retirement meant that Byfuglien would have been walking away from $14 million (U.S.) owed in salary over the final two years of his contract. The grievance filed in November in conjunction with the NHLPA claimed that Byfuglien deserved to be paid while recovering from a legitimate hockey injury. No hearing date was ever set with a neutral arbitrator. With that grievance lingering, the Jets could never truly fill Byfuglien’s void because they always had to account for the possibility he could return or win his grievance.

The Jets have admirably hung in the playoff chase without him, sitting just three points back of the second wild-card spot despite the fact that four of their seven blueliners earn around the league minimum $700,000 salary.

A contract termination is the only route for Cheveldayoff and the Jets to truly have the freedom to target a replacement. According to coach Paul Maurice, that replacement likely will not be a rental player in a year in which there is no guarantee the team makes the playoffs.

“Paying a high price for a rental, I don’t know that that makes a whole lot of sense for us,” Maurice told reporters on Friday. “If we can get a guy that can come in and play maybe more than the rest of the season, you’d think about doing that.”

Maurice said he is "all for" something that would give the Jets a boost. Who are some of the options?

There are four defencemen with term on their contracts on the latest TSN Trade Bait board, where the ranking always aims to blend a player’s likelihood of a trade with his prominence (for stats and more go to TSN.ca):