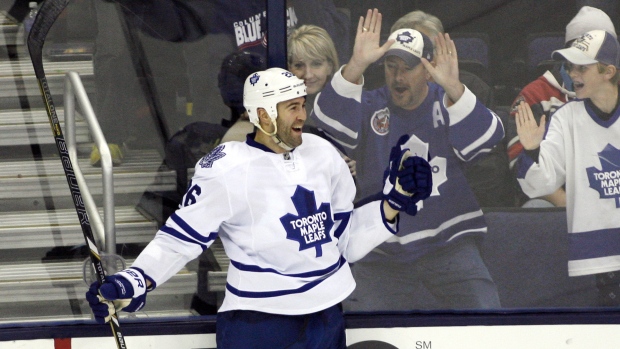 The Toronto Maple Leafs are hearing offers, but they aren't ready to start selling just yet.

According to TSN Hockey Insider Darren Dreger, the Leafs received an offer from the Pittsburgh Penguins - one of the busier clubs ahead of the deadline - for utility forward Daniel Winnik last week.

"It was last week and we shouldn't be surprised by it but the Pittsburgh Penguins put in an offer on Daniel Winnik," Dreger said on TSN Radio 1050. "Pittsburgh is doing a pretty good job of getting their business done well before the trade deadline."

The Penguins acquired F David Perron from the Edmonton Oilers at the beginning of January and traded F Marcel Goc to the St. Louis Blues for F Maxim Lapierre on Tuesday.

Winnik has three goals and 17 assists this season with the Maple Leafs and has played on all four lines as well as seeing time on the penalty kill. He leads the club with a plus-13 rating.

"They (Pittsburgh) would've preferred to tweak their third line and felt that Daniel Winnik would've been a real nice add to that third line with (Brandon) Sutter and maybe Nick Spaling, but understandably the Toronto Maple Leafs, they want a decent price. They may need return for Daniel Winnik if they're going to consider that trade."

"It's a little early for the Leafs. We look at the standings and see Toronto is 10 points back but they're not ready to wave the towel yet."

The Calgary Flames are looking into the possibility of acquiring centre Mike Richards from the Los Angeles Kings.

According to Eric Francis of the Calgary Sun, a source confirmed GM Brad Treliving has inquired about the 29-year-old's services.

The two-time Stanley Cup champion cleared waivers Tuesday and is expected to report to the Manchester Monarchs of the AHL this week.

Francis reports the Flames would be interested in adding a player like Tyler Toffoli or Tanner Pearson to a potential deal with Richards, who has five years left on his contract with an annual cap hit of $5.75 million.

Richards, who has been in steady decline since a career-high 80 point season with the Philadelphia Flyers in 2008-2009, has just five goals and 10 assists in 47 games this season.

The Carolina Hurricanes have a handful of pending unrestrcited free agents that could find themselves in other jerseys by the time the trade deadline rolls around.

According to Chip Alexander of the Raleigh News & Observer, GM Ron Francis has stated that many of the potential UFAs could be shipped out for players or picks.

“That’s just the way the business works,” F Jay McClement said. “There’s going to be a lot of speculation, especially with UFAs.”

Sekera has expressed interest in staying, saying “hopefully we’ll get something done.”

Alexander also reports that Francis has spoken to the agents of Sekera and Tlusty in search of the "right price and right term" for both players.