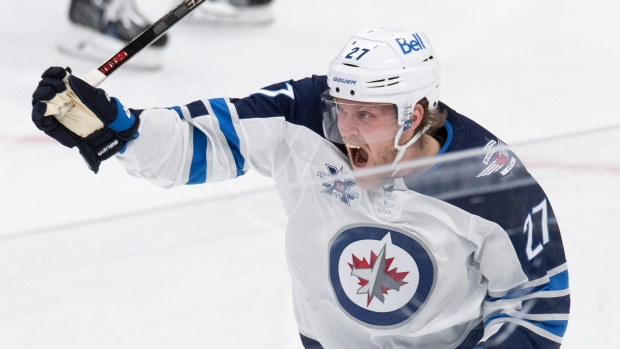 With summer officially coming to an end and training camps set to open across the National Hockey League this week, TSN gets ready for the preseason by looking at the three biggest questions facing each of the seven Canadian franchises.

On tap for today are the Winnipeg Jets, who placed third in the North Division before being swept by the Montreal Canadiens in the second round of the Stanley Cup Playoffs.

1. Will Nikolaj Ehlers be elevated to the first line?

When healthy, Jets head coach Paul Maurice has a pretty clear choice when it comes to who is going to be in his top six – Blake Wheeler, Mark Scheifele, Paul Stastny, Pierre-Luc Dubois, Kyle Connor and Nikolaj Ehlers. But in what order?

It’s the last name that might be the most intriguing.

The Jets went with Scheifele centering Connor on the left and Wheeler on the right for the majority of last season, yet it was Ehlers who was one of Winnipeg’s most consistent skaters.

Whether or not Maurice elects to give Ehlers a bigger role remains to be seen, but the head coach still believes in his key pieces going forward.
“I think the core is very close to being right,” Maurice said at his end-of-season news conference. “And some of that is just continuing to develop that core. The pieces around the core are probably the most work we’ll do around it.

“It’s hard to find a core that you like.”

2. Is Dubois on the path to fulfilling early promise?

Things weren’t working out for Patrik Laine in Winnipeg or with Pierre-Luc Dubois in Columbus. Both showed flashes early on in their careers but ran into setbacks and fell out of favour in their respective markets. This created the rare name-for-name swap, with both organizations betting on the talented young forwards to get back on track.

Dubois scored eight goals and added 12 assists in 41 games with the Jets after the trade. Sitting in quarantine for two weeks and recovering from a lower-body injury while adjusting to a new system couldn’t have made things easy, but Dubois didn’t look at all like the player we saw win his first two seasons.

As TSN’s Travis Yost broke down last month, the Jets got career-lows from Dubois in rate shooting and rate scoring last season.

"You only have yourself to blame," Dubois said. "I know I can be a lot better. One year doesn't [change] my confidence of who I am and what I can do. You don't change just because of one disappointing season."

Luckily for the Jets and Dubois, there’s some time. He will become a restricted free agent at the end of 2021-22 and gets the chance to bounce back before negotiating his next contract.

Hitting the reset button over the summer and coming into camp with something to prove may bring back the player who scored 47 goals combined over his first two NHL seasons, all coming before the age of 21.

3. How is the Jets’ revamped defence shaping up?

The Winnipeg Jets bet big on the blueline this past summer.

In the span of two days, general manager Kevin Cheveldayoff brought in two high-calibre defenceman, acquiring Brenden Dillon from the Washington Capitals and Nate Schmidt from the Vancouver Canucks.

A reliable veteran at the age of 30, Dillon has 10 NHL seasons under his belt with the Dallas Stars, San Jose Sharks and Washington Capitals with playoff experience in each of his past six years. Schmidt established himself as an effective puck-mover with the expansion Vegas Golden Knights and is looking to get back to that level after a down season in Vancouver.

Adding them to a group that already includes Neal Pionk, Josh Morrissey and Dylan DeMelo gives the Jets both depth and versatility in front of Connor Hellebuyck, who has been in the Vezina Trophy conversation in three of the past four seasons, winning the award in 2019-20.

If those five see regular minutes in the Winnipeg lineup as expected, internal competition for playing time between Nathan Beaulieu, Logan Stanley and Ville Heinola gives the club quite a few options.

The Jets finished inside the top 10 in goals against, power-play goals against and shutouts despite allowing the 12th-most shots. Maurice feels there is room for improvement.

“I loved the defence corps last year individually. Any one of them. But as a group, there was lots of room for us to get to another level,” Maurice said last week.

He’s hoping the new faces can help take them there.