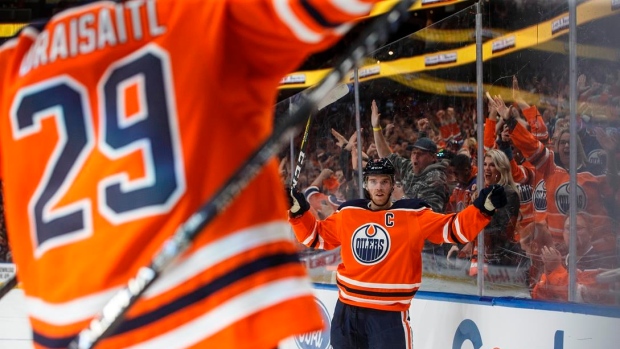 The NHL adopted the shootout after the 2004-05 lockout, envisioning the skills competition as a way to conclude deadlocked regular-season games.

In many ways, the shootout made sense. In a collectively bargained league, asking players to play marathon games in the middle of November was not viable, to say nothing of the obvious injury and fatigue concerns. And for a league reticent to accept ties as part of its standings, games needed some degree of resolution.

Setting aside the league’s disinterest in ties (or, for that matter, overhauling the current points system), there has been increasing debate over what to do with the shootout itself. It does end games. But the spirit of the shootout seems such a far cry from what we understand competitive, team-level hockey to be about. And with very compressed standings due to the current scoring system, these skills competitions matter.

We have seen shootout performance decide the fate of teams on the proverbial playoff bubble. It also can have a sizable impact on seeding. Look at this year’s playoff races. The Pittsburgh Penguins are at risk of falling into a dreaded wild-card spot and, instead of playing the 106-point New York Rangers, are staring down the barrel of a 120-point Florida Panthers team. Why? In part, because they have taken just six of a possible 20 points from the shootout (3-7) this year.

To the extent the league really wants to reduce the effect shootouts are having – and I should note here that more than 200 games will be decided by shootout this season – there is at least one relatively straightforward option: leverage the offensive explosions we are seeing around the league to expand the length of 3-on-3 overtime and reduce the likelihood of needing a shootout to resolve a game’s outcome.

How would the league do it? The NHL’s 3-on-3 overtime is currently five minutes in length. Add five minutes to the clock, and you effectively eliminate the shootout: 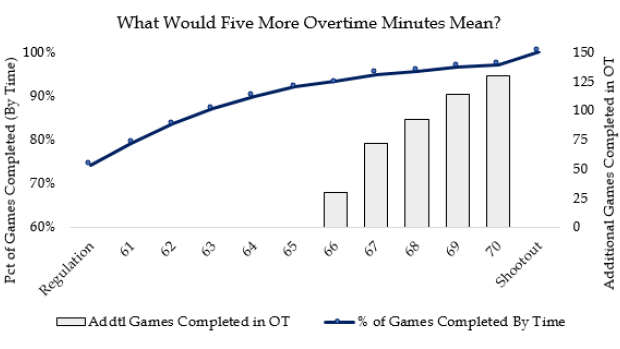 But because scoring in the 3-on-3 overtime rate is so elevated, adding just five more minutes would yield significant returns for the league. In this scenario, just 2.8 per cent of games would require a shootout. Or said differently: just two or three shootouts a season for your favourite team.

It’s a straightforward tweak, but one I think the league should consider, especially if the current points system is here to stay. The NHL standings are always compressed, and it can take an awfully long time for playoff teams to differentiate themselves from non-playoff teams.

To that end, marginalizing the frequency and effect the shootout is having on the standings should be near the top of the list for the NHL/NHLPA Competition Committee.