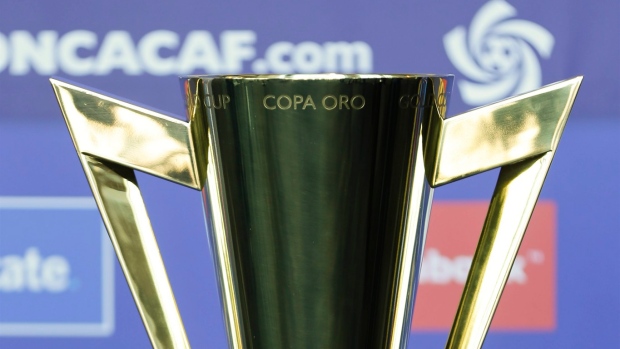 “We are thrilled to partner with CONCACAF to become Canada’s exclusive home for these marquee soccer tournaments,” said Shawn Redmond, Vice-President, Content Strategy and Business Operations, TSN. “The addition of these CONCACAF competitions allows us to further augment TSN’s expansive slate of live soccer for our viewers, while also delivering the performances by our Canadian teams throughout both the GOLD CUP and the CHAMPIONS LEAGUE.”

“With their coast-to-coast reach and an emphasis across platforms on marquee sporting events like the GOLD CUP and the Scotiabank CONCACAF CHAMPIONS LEAGUE, TSN is an ideal partner for CONCACAF in the important Canadian market,” said Victor Montagliani, President, CONCACAF. “We have seen some great performances over the years from Canada at the GOLD CUP, and from Canadian teams in the Champions League, so we’re pleased that TSN will be bringing all the action to the growing Canadian audience for years to come.”

Kicking off July 7 with Canada vs. French Guiana at 7 p.m. ET on TSN5, TSN is Canada’s home for exclusive coverage of the CONCACAF GOLD CUP, the biennial tournament contested by nations in North America, Central America, and the Caribbean. The Canadian men’s national soccer team captured the nation’s first CONCACAF GOLD CUP title in 2000, and TSN follows the team this summer as they compete against a field that features perennial soccer powers Mexico, Costa Rica, and host nation USA. TSN’s live coverage culminates with both semifinal matchups and the CONCACAF GOLD CUP FINAL on July 26, live from Levi’s Stadium in Santa Clara, Calif.

Through a multi-year broadcast rights agreement with UEFA, TSN and RDS are the primary Canadian broadcasters of the UEFA CHAMPIONS LEAGUE and UEFA EUROPA LEAGUE. The agreement sees TSN broadcast more than 190 games, including up to 16 group stage games weekly, extensive coverage of the knockout phase, as well as the UEFA EUROPA LEAGUE FINAL and the UEFA CHAMPIONS LEAGUE FINAL. RDS delivers live coverage of three of the best matches each week.

TSN is also the official broadcaster of the CONCACAF GOLD CUP and CONCACAF CHAMPIONS LEAGUE and, along with RDS, holds a multi-year broadcast agreement that gives both networks the Canadian media rights to half of all games from the PREMIER LEAGUE.

About CONCACAF
The Confederation of North, Central America and Caribbean Association Football (CONCACAF) is one FIFA’s six continental confederations, and serves as the governing football body for that part of the world. CONCACAF is composed of 41 member associations, from Canada in the North to Guyana, Suriname and French Guiana in the South. As the administrative body of the region, CONCACAF organizes tournaments, provides training courses on technical and administrative aspects of the game, and contributes to develop football throughout the region.