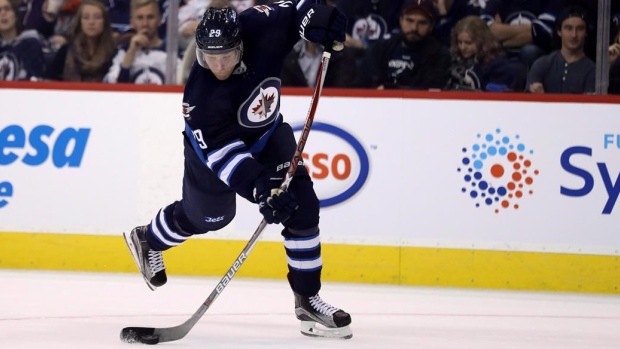 The Jets could be really good. They’re a team that has frequently been undone by goaltending, so they need to find an answer for that position. But otherwise, they have the talent to be a playoff team, even while competing in the daunting Central Division.

One of the issues hanging over the Jets, however, is that 22-year-old restricted free agent defenceman Jacob Trouba has requested a trade and that leaves a major hole.

Dustin Byfuglien, Tyler Myers and Toby Enstrom are three-quarters of a solid top four, but if Trouba isn't part of the group, Winnipeg will need an upgrade (or they’ll need 2013 first-rounder Josh Morrissey to jump up the depth chart).

With good goaltending, the Jets could be a playoff team. Ondrej Pavelec was placed on waivers on Monday, leaving 23-year-old Connor Hellebuyck to take the job and run with it. He has a solid track record in college hockey and in the American Hockey League, and had a .918 save percentage in 26 starts last season.

If Hellebuyck could handle 50-plus starts this year, then that might be enough for the Jets to get back into the playoff mix.

1. Will Trouba get traded or return to Jets?

The rising star defenceman has demanded a trade, but the Jets have set a high price and seem unwilling to budge.‎ General manager Kevin Cheveldayoff wants a left-handed comparable to Trouba in return, a trade which hasn't found any traction in almost six months. A deadline for a deal is looming, as Trouba must sign a deal by December 1 or, as an restricted free agent, can't sign one for this season per the collective bargaining agreement. So it's a trade (which seems unlikely at this point) or a new deal. Trouba's resolve will be tested once the season begins.

Now that the Winnipeg Jets are down to their final roster, Brian Munz joins Hustler & Lawless to discuss what he thinks the lines will look like.

2. How will the Jets score?

The Jets are adding youth at forward and on the blue line and will be among the youngest teams in the NHL with two teenagers in the lineup. They have the potential to score, but remain unproven. Patrik Laine had a quiet preseason, while Kyle Connor was among the Jets' most productive players. Mark Scheifele and Nik Ehlers are a year older and Blake Wheeler is in his prime. There's lots of reason for optimism where the offence is concerned, but now they must execute.

Head coach Paul Maurice has a huge challenge to try and get this team to check and defend. They're young and fast and skilled, but Maurice will have to teach them a system and then coax them into adhering to it. Goals against has haunted the Jets since they returned to Winnipeg and with a blue line corps missing Trouba. With Connor Hellebuyck beginning his first full-time NHL campaign, this season doesn't begin with the promise of improvement in this area.

1. Patrik Laine (18) – RW (Tappara – SM Liiga)
- An elite offensive talent with flair. MVP of the Finnish League Playoffs and the World Championships as an 18-year-old. He will excite Jets fans.
2. Kyle Connor (19) – RW/LW (Michigan – NCAA)
- Another elite talent albeit without the same flair as Laine. Excellent sense and skills with a quiet confidence but high productivity.

Hnidy: Jets going all in on youth

Shane Hnidy joins Rick Ralph and discusses the Jets roster cuts from Monday, most notably Ondrej Pavelec, and what the lines might look like to start the season.

1. Josh Morrissey (21) – LD (Manitoba – AHL)
- Very good skating defenceman who can make plays with the puck and has a strong competitive spirit. Less is more for him but progressing
2. Jack Roslovic (19) – RW (Miami-Ohio - NCAA)
- A hard driving, very good skating winger who is very smart and a catalyst for positive plays in multiple areas of the game. Complements top players.
3. Erik Foley (19) – LW (Providence College – NCAA)
- He gets scoring opportunities in three ways. 1. Recognizing them. 2. Quickness in getting to the areas. 3. Determination to work through obstacles. Has hands to make good on them.
4. Eric Comrie (21) – G (Manitoba - AHL)
- A very steady, smart, efficient goalie who plays with a real understanding of goaltending. Great demeanour in the net and makes things uncomplicated.
5. Logan Stanley (20) – D (Windsor - NCAA)
- The big young man had tremendous growth in his game last season. His mobility is good with a good head and he has good puck play. Needs time but very good potential.

The strength of this Winnipeg Jets roster for the past few years has been a mobile and talented blueline corps. So if any team could absorb the loss of a true top-four (and maybe top-pairing) defensive talent, it’s the Jets. That said, it’s hard to figure out if there’s a trade available to the Jets that equalizes the impending loss of Trouba. And to that end, if the Jets lose such a dynamic, play-driving defender for pennies on the dollar, is there a reason to believe this team could improve on their 78-point season from last year, let alone covering the 14-point or so gap required to earn a playoff berth?