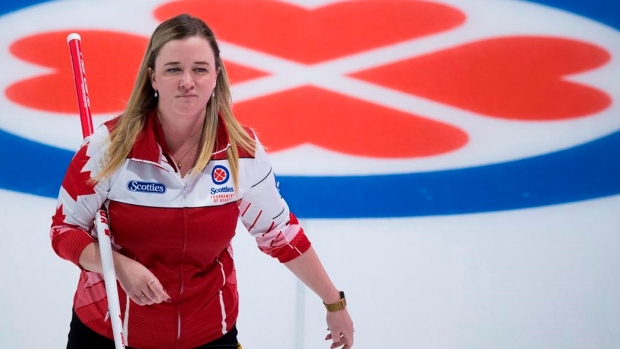 All three members of her rink moved on last March, leaving the two-time Scotties champion without a team entering the most critical season of the quadrennial.

Carey remains the biggest name available on the market, but her hopes of competing in the Olympic Trials appear slim. Teams have essentially locked in their lineups and barring an unexpected development, Carey will likely find herself on the outside looking in despite being one of the best skips in the country.

"It's going to be really, really tough for her, to be honest," said curling commentator Mike Harris, who won Olympic silver in 1998. "So I think the teams that are established have a chance (at qualifying) and then I think you might have to just kind of wait for the next cycle.

"It's really tough for anyone that's a free agent right now."

Curlers are essentially independent contractors, and they're not afraid to make major lineup changes if they feel it'll improve their chances of representing Canada at the Winter Games.

The days following the national championships in late winter usually see the most player movement and this year was no exception.

The changes left Carey in an unenviable position where her options were limited to bringing three new players in - a stiff challenge this late in the quadrennial - or hope a vacancy pops up elsewhere.

Making things more challenging is the uncertain nature of the 2020-21 season.

Several events have been cancelled or postponed and the ranking point system is on hold for at least six more weeks. The qualifying process for remaining berths in the Olympic Trials, set to begin Nov. 27, 2021, is under review by Curling Canada.

Carey declined to discuss specifics on her potential plans for four-player competition.

Her first Scotties title came in 2016 with third Amy Nixon, second Jocelyn Peterman and lead Laine Peters. She won again in 2019 with the team that disbanded last March.

Carey is planning to play some mixed doubles events with Colin Hodgson over the coming weeks. The two-player discipline may be her best bet to get to the Beijing Games.

"My intention is to try to get to the Olympics for doubles regardless," she said. "And so if that means playing two or three (doubles) events or playing six or seven events, depending on what the rest of my curling (schedule) looks like at that point, I will definitely be making a run at that, hopefully as long as Colin is in for that too.

"It seems to work pretty well for us when we've played doubles together."

This report by The Canadian Press was first published Oct. 14, 2020.