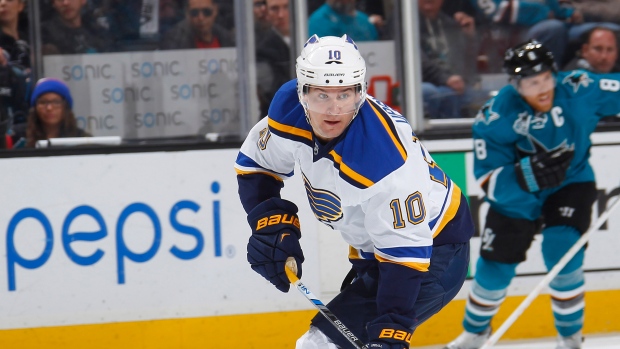 Upshall, 33, spent the past two seasons with the Blues and recorded 10 goals and eight assists in 73 games in 2016-17, before signing a professional tryout contract with the Vancouver Canucks in the offseason.

After spending the entirety of training camp with the Canucks, Upshall left to reportedly join the Blues after St. Louis ran into some injury issues. Upshall's arrival in St. Louis is coming on the heels of Robby Fabbri's season-ending knee injury.