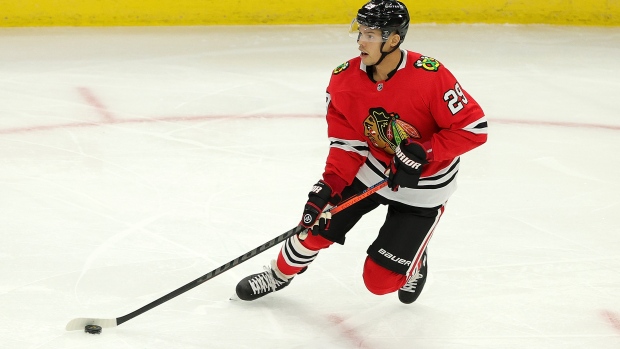 VAN sends a 4th round pick to CHI and gets CHI 5th rder coming back plus Bowey. https://t.co/ltA7yCZ7wX

Bowey appeared in two games for the Blackhawks this season, recording an assist.

The 25-year-old had three goals and 14 assists in 53 games with the Detroit Red Wings last season.