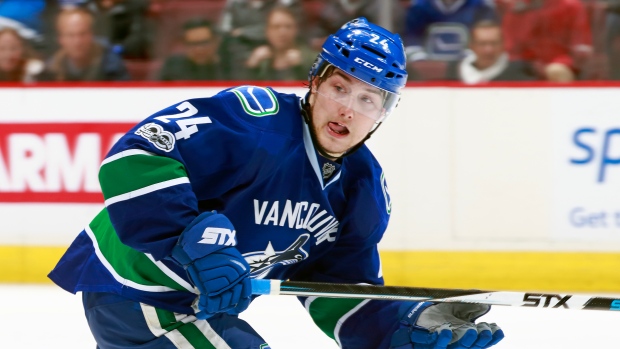 Vancouver Canucks forward Reid Boucher is heading to the KHL.

The 26-year-old, who was scheduled to become a restricted free agent after this season, has signed a one-year contract with Avangard Omsk for next season.

Boucher had 34 goals and 67 points in 54 games with the AHL's Utica Comets this season. He appeared in just one game with the Canucks this year - failing to record a point - but TSN's Farhan Lalji reported earlier this month that  Boucher was among 10 skaters the Canucks submitted to the NHL as potential black aces for the league's return.

A fourth-round pick of the New Jersey Devils in 2011, Boucher has 20 goals and 42 points in 133 career NHL games with the Devils, Nashville Predators and Canucks.