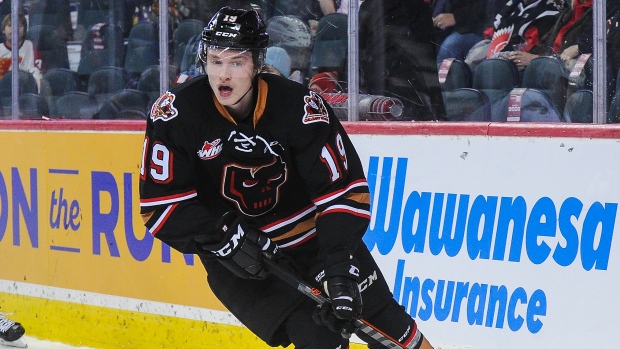 The Regina native also served as an alternate captain for the Hitmen and represented Team WHL in the annual Canada-Russia series.

The six-foot-one, 181-pound forward is not at the Canucks' training camp, which began on Sunday.

The team posted two photos on Twitter Wednesday of their newest hire signing his contract along with a message from Focht thanking everyone who helped him acheive the milestone.

"Dream come true to sign my first NHL contract with the Canucks organization!" he said in the post. "Excited for the next chapter."

Vancouver will open its season in Edmonton on Jan. 13.

This report by The Canadian Press was first published Jan. 6, 2021.