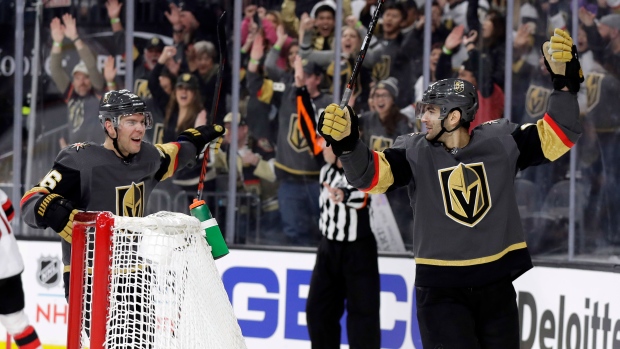 One month into the NHL regular season, we are seeing teams around the league establish their identity. For the Vegas Golden Knights, that means carrying the league's most lethal power play.

Thursday’s game between two Stanley Cup contenders offers a highly intriguing matchup on this front – the aforementioned Vegas power play taking on a Toronto Maple Leafs team that has become undisciplined when it comes to avoiding shorthanded situations and ineffective when it comes to killing penalties.

As for the Golden Knights power play, the million-dollar question is what makes them so special. Most elite power-play groups we have seen over the last decade fit into two buckets. The first bucket would contain those power-play units featuring an elite triggerman – think the Washington Capitals with Alexander Ovechkin – and their ability to turn medium-grade scoring chances into high-grade ones because of the velocity and accuracy with which that elite triggerman shoots the puck. The other bucket would include those power plays that sustain offensive zone pressure at exceptional rates, like the San Jose Sharks of yesteryear.

Vegas' power-play units fit into the latter group. The Golden Knights' power-play units, both of which run the non-traditional four-forward, one-defenceman set, have been well-defined and tend to mirror what the team runs with at even strength.

I’m sure there is something to be said from a chemistry standpoint of the same lines playing in different situations – real familiarity with the playing styles of other offensive-minded players is obviously beneficial, and on the power play, the creative plays that may not exist when playing 5-on-5 suddenly appear.

The point here is that the underlying numbers are indicative of a power play that hasn’t fluked their way into 13 power-play goals on 13 per cent shooting to start the year, and the guys driving the goal scoring are precisely who you would expect. The playmaking duo of Stone and Stastny has already combined for eight goals in the opening month up a man – those eight goals alone are more than 11 teams have scored on the power play the entire season.

It’s a stunning shift considering what we saw from a Vegas team last year that really struggled on the man advantage, but I do think their evolution is somewhat a byproduct of the personnel available to head coach Gerard Gallant and company this season. 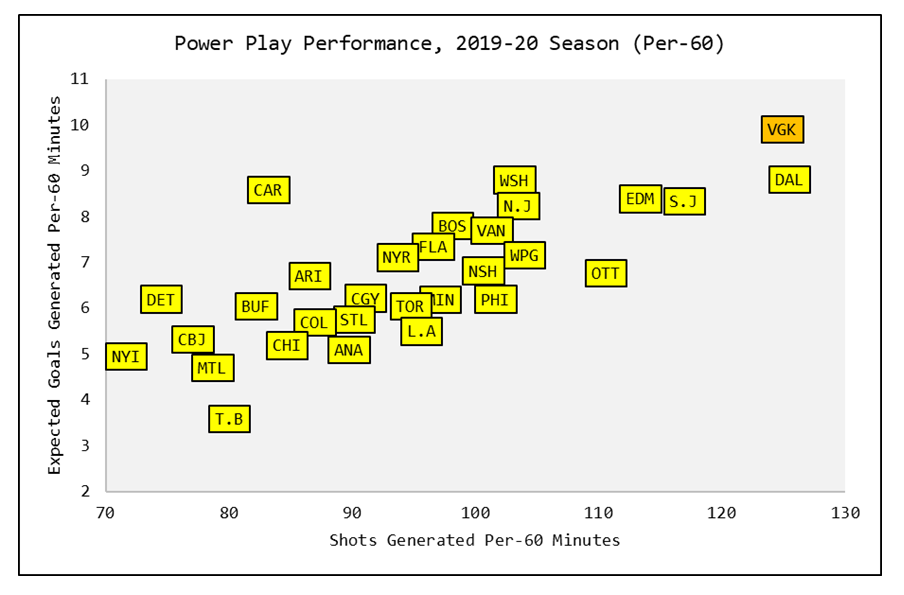 Stastny (the sixth-most used forward for Vegas on the power play in 2018-19) and Stone (only acquired at last year’s trade deadline) were essentially non-factors for this group last season, and have been huge difference makers in 2019-20.

Add that to the fact that the team has moved away from a rotating guard of defencemen – gone are the Colin Miller power-play minutes, and it’s hard to believe Nate Schmidt (who saw significant power-play minutes last year) will see similar usage with the way Theodore has played this season – and you have a clear shift in personnel.

If this Vegas power play does sustain itself, it only furthers the notion that the Golden Knights are one of the teams to beat out of the Western Conference.