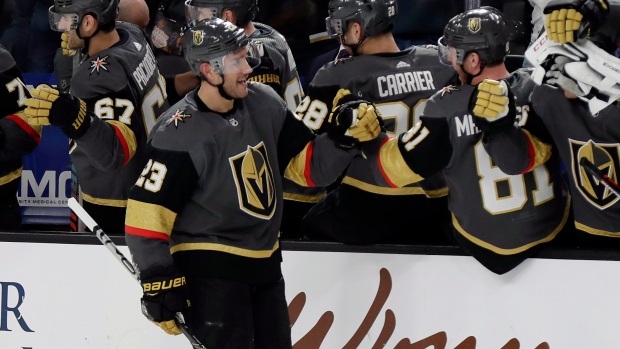 LAS VEGAS — Alec Martinez had a goal and an assist in his Vegas debut, and the Golden Knights stopped Tampa Bay's 11-game win streak with a 5-3 victory over the Lightning on Thursday night.

Martinez, who was acquired in a trade with Los Angeles on Wednesday, tied the game late in the first period, delighting the crowd at T-Mobile Arena. It was Martinez's second goal of the season; he also scored at Vegas on Jan. 9.

Vegas earned its fourth straight win and improved to 8-3-2 under coach Pete DeBoer, who took over for the fired Gerard Gallant on Jan. 15. The win pushed the Golden Knights into first place in the Pacific Division, one point ahead of Edmonton.