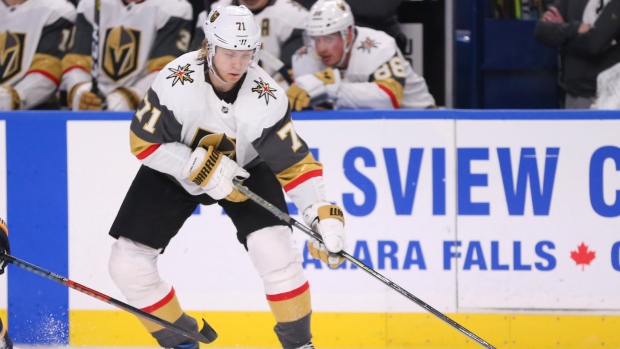 The Vegas Golden Knights are losing one of their best offensive players for the next little while.

William Karlsson will not play tonight

He is week-to-week with an upper body injury

Send him your best wishes with a 🤠 below!#VegasBorn

The Golden Knights announced that Karlsson will miss Thursday's game against the Ottawa Senators because of an upper-body injury and is considered week-to-week. The team did not disclose when the injury occurred.

As Justin Emerson of the Las Vegas Sun notes, this will be the first game in Golden Knights history without Karlsson in the lineup.

In 49 games so far this season, the 27-year-old has 10 goals and 24 assists for 34 points. He ranks fourth on the Knights in points behind Max Pacioretty, Mark Stone and Rielly Smith.

Following their tilt with the Senators, Vegas will be back in action in Montreal Saturday against the Canadiens.

Peter DeBoer will coach his first game with the club Thursday night.